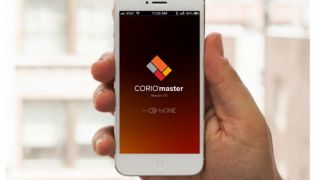 The What: tvONE has released updates to its CORIOmaster app, a control tool for CORIOmaster, CORIOmaster mini, and CORIOmaster micro video processing systems. In addition, upgrades have been made to the Crestron Control module.

The What Else: The CORIOmaster app is updated to version 1.4 for CORIOmaster, CORIOmaster mini, and CORIOmaster micro. This update adds REST and websockets capability to CORIOmaster to allow connection via HTTP and HTTPS for secure communication. The popular macro feature is still available for connections via TCP. Parallel connections from multiple devices (App, CORIOgrapher) to a single CORIOmaster is now possible with the new update.

Related: The Technology Manager's Guide to Command and Control

Additionally, the new upgrades to the Crestron Control module for CORIOmaster allow seamless control for CORIOmaster, CORIOmaster mini, and CORIOmaster micro. New features include the ability to route sources to windows, recall presets, and Canvas level audio adjustment including mute and volume control. This enhanced development evolves from the previous module, by enabling REST-based control facilitating multiple connections to the CORIOmaster from a range of control clients.

The Bottom Line: The CORIOmaster app is a free and secure application for smartphones and tablets that extends the control of CORIOmaster video walls onto mobile platforms. Users can execute all simple control functions through the CORIOmaster app, including viewing all canvases, viewing “source to window” assignments, activating presets, switching inputs, and assigning fresh sources to windows. More sophisticated control is possible by sending single or command chains using API commands set.