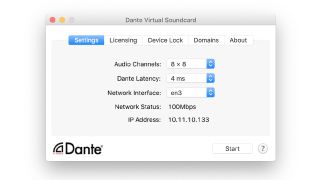 The What: Audinate has announced the availability of Dante Virtual Soundcard for installation in virtual Windows environments using Type-1 hypervisors.

“Dante Virtual Soundcard is already the gold standard for professional recording and playback on thousands of networks around the world,” said Nick Mariette, senior product manager at Audinate. “We want to ensure using virtualized environments get the same reliable high performance that has made Dante Virtual Soundcard the workhorse of the audio industry.”

Dante Virtual Soundcard with support for installation on virtual machines is available from Audinate in multi-activation license editions only and may not be purchased from the Audinate web store.