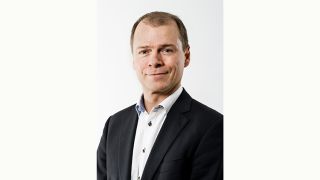 “I’m thrilled to join such a strong and talented team,” Nielsen said. “DPA sets the standard for professional-quality microphone solutions and I am thrilled to lead the company as it continues to innovate the audio industry.”

Nielsen is accustomed to heading up companies that focus on high-quality solutions and cutting-edge technologies. He brings more than 15 years of experience in directing technology-focused Danish companies. Nielsen comes to DPA Microphones from Topsil Semiconductor Materials, where he has held the CEO position since 2011. Previously, Nielsen occupied CEO positions at Bang & Olufsen and Brüel & Kjær Sound & Vibration Measurement. During his time at the latter two companies, he gained extensive knowledge of running businesses in the high-quality audio business, which will bring value to DPA.

“Kalle Hvidt Nielsen is a proven executive, who has managed to inspire the companies he has led as well as delivered both short-term and long-term growth,” said Karsten Langer, chairman of the board of directors for DPA Microphones. “We are fortunate to welcome such a strong leader to the company. I am sure he will be a driving force behind DPA’s next period of growth.”