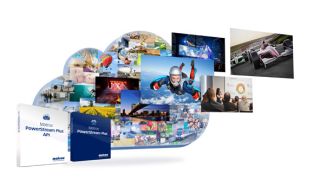 Matrox PowerStream Plus
Complementary to the entire Maevex line of H.264-based encoding and decoding products, including both Maevex 5100 and multiple-4K-enabled 6100 Series devices, PowerStream Plus offers users plug-and-play functionality and full access to the complete feature set immediately after download. With an easy-to-use interface familiar to users, PowerStream Plus delivers discovery and remote control over all network-connected units from one central location.

PowerStream Plus features include auto discovery of any Maevex unit on the subnet, user management and feature control with credentialed profiles for any system operator, manageable inputs and Chroma sub-sampling pixel formats and manage and save configurations to easily apply to other devices.

PowerStream Plus is a Windows-based platform and will soon work on Linux and other operating systems.

A separate Maevex Firmware Updater tool ensures you are always running the most current version of the software and allows for system-wide or chosen deployment from a single software tool.

“The level of intricacy is up to you; for example, simple coding will allow you to integrate the existing source selection feature and build a straightforward switching grid to change channels via a touchscreen,” said Ron Berty, business development manager, Matrox Graphics. “At the same time, if you’re an integrator in need of deeper customizations, you can incorporate any one or multiple PowerStream Plus features into existing control applications, or even develop your own software application from the ground-up based on the PowerStream Plus API.”