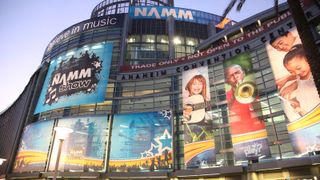 The NAMM Show has long been the MI world’s top event, but in recent years the four-day convention held annually in late January has become increasingly important to the pro audio industry as well. That was readily evident in 2018 with the debut of a two-story exhibition building devoted almost entirely to live sound and recording; at the same time, NAMM supersized its educational sessions by introducing the AES@NAMM collaboration.

The 2019 convention later this month, then, finds NAMM bolstering its educational offerings even further. While attendees may head to Anaheim aiming to see the latest gear, they have the opportunity to come away from the show with far better insight about how to actually apply that equipment thanks to the expansive education lineup. On hand to share insight and knowledge in these classes and events will be top industry pros, legendary producers and engineers, and, for good measure, Derek Smalls from Spinal Tap.

Held in Anaheim, CA, Thursday, Jan. 24, through Sunday, Jan. 27, the NAMM Show 2019 is scheduled to feature more than 250 pro audio sessions dedicated to every aspect of production, presented in the Anaheim Hilton Hotel’s NAMM U Education Center. The show, which will once again include the four-day AES@NAMM symposium, will see the debut of the Loudspeaker System Showcase in the Anaheim Convention Center’s arena.

The Audio Engineering Society’s AES@NAMM Pro Sound Symposium, Live and Studio is returning following what was deemed a successful premiere at last year’s show. The AES recently announced that AES@NAMM will continue annually through 2021.

According to Frink, “AES@NAMM is an opportunity to expand your knowledge and skills in an intimate classroom setting. The presenters for the second annual AES@NAMM Pro Sound Symposium: Live and Studio are some of the best minds in the business, and the program content is tailored to take maximum advantage of their knowledge and experience.

“For instance, in the new Microphone Academy, Dave Rat will lead a session on double miking, while ‘Coach’ Connor takes us on tour with Paul Simon. The Digital Audio Networking Academy will include Dante Level 2 certification and feature sessions spanning network ownership, AVB, MADI, AES67 and AES70 with presenters including Ethan Wetzell from Bosch and OCA, Yamaha’s Patrick Kilianey and QSC’s Bob Lee.”

Audinate’s two-day Level 2 Dante Training and Certification courses, which will begin with an introduction and demonstration of Dante AVIO adapters, are scheduled for Thursday and Friday. Registration is required.

Thirteen manufacturers are lined up to present their flown and portable systems as part of the Loudspeaker System Showcase in the convention center arena. The showcase will include products from Alcons Audio, BASSBOSS, Crest Audio, dBTechnologies, Martin Audio, RCF, TW Audio, Verity Audio and VOID Acoustics.

The showcase will run twice daily and will reportedly feature a music track as selected by a popular vote of participating companies and hosted by a neutral industry expert. Systems integrator 4Wall will host a series of lighting demonstrations between line array presentations and will also provide videowalls and the infrastructure to power the Loudspeaker System Showcase.

TEC Tracks will present more than 60 sessions on a wide range of topics, plus a series of keynotes by: Al Schmitt (Thursday), previewing his new memoir (see story on page 30); Alan Parsons (“Music Production Is Everywhere,” Friday); Chris Lord-Alge (“We Are the Studio Heroes,” Friday); and Spinal Tap bass player Derek Smalls in conversation with CJ Vanston (Sunday). Highlights include “The Future of Music” with Craig Anderton; Mr. Bonzai interviewing musician Danny Kortchmar for his inside perspective on classic records, classic artists and the highs and lows of the music business; “Pioneers of Analog Synths,” a panel presentation by Michelle Moog-Koussa; “Prince: Making of a Legend,” with the original arranger from Prince’s team, Brent Fischer, who, with his late father Dr. Clare Fischer, collaborated directly with Prince over three decades; and “Birth of a Record: Cheap Trick at Budokan.” Additional presenters will include Michael Beinhorn, Ed Cherney, George Massenburg, Eddie Kramer, Jack Douglas, Ross Hogarth and Frank Filipetti.

For those with an eye on the future, A3E (Advanced Audio + Applications Exchange), which runs Thursday through Saturday, is offering a program exploring how advanced audio applications are transforming the music industry, production and performance. A keynote session, “Driving the Future of Music Production, Powered by Intel” with electronic artist and innovator BT, “will explore the technologies to release the full creative potential of an artist and what happens when the barriers are removed to limitless innovation.” Other sessions include “The Impact of Blockchain on the Music Industry,” “Developing Disruptive Technology: The Risk and Reward” and “The Art of Artificial Intelligence: The Science of Creative Tools.”

If keeping track of all these events seems overwhelming, well, there’s an app for that. The 2019 version of the NAMM Show app, available in early January, has been built on an entirely new framework and is said to feature innovative ways to plan and maneuver around the show floor using 3D Google-style maps, plus comprehensive and easily searchable listings.

The My Show Planner feature is an app-linked calendar that promises dynamic access to information with the ability to export notes to email. NAMM is also touting the app’s support functions: “Move over Siri; there’s a new bot in town. Ask questions, gain app support, discover upcoming educational sessions or say hello. The NAMM Bot is here to help.”