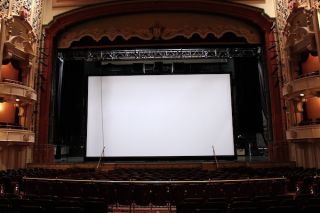 The Santa Barbara Center for the Performing Arts recently completed the addition of a Digital Cinema rear-projection system and a 30-foot screen plus five loudspeakers at the 1,550-seat Granada Theatre.