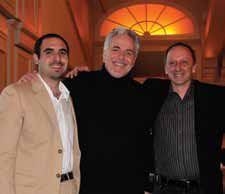 RICHARDSON, TX—In response to an optimistic outlook for sales of its control systems and audiovisual technology, AMX will continue to make substantial personnel additions during the first quarter and throughout 2010.

AMX began the year by hiring more than 60 highly skilled new employees in key areas such as engineering, sales, marketing, research, and worldwide support. These new additions will provide the resources required for new growth in key vertical markets as well as support the company’s recently announced Bulls- Eye Program, a partnership rewards initiative designed to enhance dealer technical competence with AMX products while providing benefits such as rebates, discounts, and other special opportunities.

Gathering steam from an uptick in sales to end 2009 and an infusion of innovative products, AMX has made strategic investments in areas that are exhibiting especially strong demand for automation and AV technology and services such as government, higher education, and K-12 education.

BURNSVILLE, MN—For its outstanding contribution to the CRN (Congress Rental Network) and its excellent performance at the 2009 International Congress and Convention Association (ICCA) meeting in Florence, Italy, Bosch partner Tecnoconference has been selected as the CRN Agent of the Year for 2009. Tecnoconference was responsible for installing all the AV equipment in the ICCA meeting rooms, including the DCN (Digital Congress Network) Wireless system installed in a special Bosch sponsored room.

BUENA PARK, CA—At its annual distributor awards dinner in Frankfurt, NEXO celebrated emerging markets around the world. The awards were marked this year by a miniature RS18 sub bass unit, a new product to be shown at InfoComm 2010, and presented by NEXO France marketing manager, Joe White (left), for outstanding progress and success in developing a market for NEXO technology. Yamaha Commercial Audio Systems received the award for ‘Best Marketing Contribution’, which was accepted by Paul Furtkamp (middle), national sales manager. Pictured on right is Nexo sales director Denis Baudier.