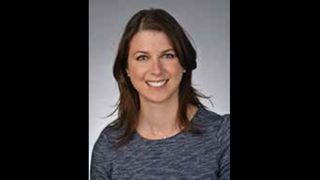 A group of businessmen huddled tightly in a small makeshift bedroom at Harman’s booth at the ISE show in Amsterdam may have been the oddest-looking scene there. So what were they clamoring to get so up close and personal with? IBM’s Watson machine learning platform was being demonstrated from a JBL alarm clock.

It was just another indication that we’re finally seeing the concept of artificial intelligence come to market in tangible means. As AI becomes more of a reality in our concrete world, I believe that it ironically underscores the need for and the value of true human-to-human interaction.

Take for example a wholly different context discussing how advertising is predicted to return to the physical world from the web, as described in a keynote address at Barco’s Media Lab during New York Digital Signage Week. As explained by Dave Etherington, chief strategy officer at Intersection, a media agency connecting these two domains: “For the last 10 years, without question, the innovation in advertising you saw all happened online, funded by advertisers and brands. There’s a real sense that, in the next decade, that innovation is going to happen in the physical world, in the place where we all operate.”

I’ve been reflecting on all of these notions in developing some new projects here at SCN. For some time now, we’ve been kicking around the idea of organizing an event to further engage the AV community at large in a meaningful way; however, I’ve had reservations in the face of what I see as an over-saturation of industry events. If SCN was going to plan one, it needed to be something unlike anything else out there. With that goal in mind, SCN editor-at-large Kirsten Nelson has put together such a project.

The SCN Think Tank was built from the ground up to be fundamentally different from every other industry event. Starting with the venue. Kirsten insisted that this would not be held in a hotel ballroom. (Because, seriously, who hasn’t fought the impulse to nod off in those stuffy, over-lit environments?) There’s no PowerPoint; no tabletop product displays. There are no “attendees”—everyone is a participant in the debate-style discussion forums, the end-user knowledge panel, “speed dating” tech demos, and a future tech “Answer Key” session that ties the whole day together.

This is a symposium for the most forward-thinking minds in AV and experiential design to explore the next-level technologies and techniques that will position their businesses for the next wave. Check out the full details at www.scnthinktank.com, and we hope you’ll join us in New York, September 27.