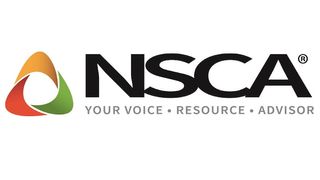 From top: Tom Frericks, Jr. and John Stiernberg The National Systems Contractors Association (NSCA) named the recipients of its 2018 industry leader awards. This year, in addition to naming a Per Haugen Lifetime Achievement Award winner, NSCA is recognizing winners for the NSCA Education Foundation Founders Award and Volunteer of the Year Award. Recipients will be honored during the 20th annual Business & Leadership Conference, held February 28-March 2, 2018 in Irving, TX.

Tom Frericks Jr., who served on the NSCA board of directors for 11 years, is the recipient of the 2018 Per Haugen Lifetime Achievement Award. Frericks joined Copp Integrated Systems in Dayton, OH, in 1976, purchasing Copp in 1983 as its second owner.

“Tom contributed so much of his time to serving on the NSCA board,” said NSCA executive director Chuck Wilson. “He attended dozens of board meetings and industry events on our behalf, and even helped organize events and assisted with office technology and planning in the early days.”

The late John Stiernberg is the recipient of the 2018 NSCA Education Foundation Founders Award. As cofounder of Stiernberg Consulting—a longtime NSCA partner—in 1993, he and his wife, Jeanne, quickly established themselves as leading consultants and researchers for the integration industry. Stiernberg lost his battle with cancer in November 2017.

“John was a major industry contributor to the NSCA community and industry for many years,” Wilson said. “He will be remembered for his role as an educator and consultant, and for his keen insight into the systems integration industry.”

The Drunk Unkles
“This talented group has helped the NSCA Education Foundation raise more than $1 million to put toward scholarships and tuition/training assistance,” Wilson said. “The contributions of The Drunk Unkles have helped launch the careers of more than 2,000 systems installers and technicians.”