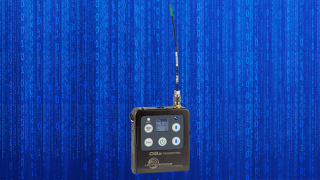 The What: Lectrosonics is now shipping the DBa digital belt pack transmitter as part of the DSW (Digital Secure Wireless) microphone system. Featuring 24-bit/48kHz digital audio for optimal sound quality, the DBa is designed for use in theaters, filmmaking, touring, and other demanding applications.

“The new DBa digital belt pack transmitter is the ideal tool for critical audio applications where sound quality is first on the list,” said Karl Winkler, Lectrosonics’ vice president of sales. “With powerful encryption, the DBa will also be at home on closed sets, theaters, corporate, and government environments where privacy is a must. Of course, the DBa has that classic Lectrosonics feel of machined metal; you know it will hold up when things get tough.”

The Bottom Line: The DBa’s compact and lightweight but rugged machined metal construction add durability for tough environments, and its AES-256-CTR (Advanced Encryption Standard) encryption technology makes it well suited for use where privacy is of paramount concern, such as corporate boardrooms, shareholder meetings, and government facilities. The DBa digital belt pack transmitter is available now, with an MSRP of $2,150 U.S.