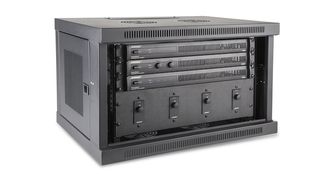 The What: Bose is now shipping its new PowerShare adaptable power amplifier line, consisting of three 1U models: two- and four- channel fixed-install models (PS602 and PS604) and one two-channel portable amplifier (PS602P). Each model delivers 600 watts of power that can be shared across all output channels.

The What Else: Patented PowerShare technology is designed to allow installers to use total amplifier power in the application. This enables more flexibility during the initial design, or later on-site when making unplanned changes that take advantage of surplus power.

“When we introduced our PowerShare adaptable power amplifier family at the 2016 InfoComm Show, we received tremendous interest from integrators and system designers alike,” said Ashraf Elghamrawi, Bose Professional amplifier product line manager. “Because of PowerShare’s unique architecture, all 600 watts can be used across the outputs, allowing installers the freedom to utilize power where needed.”