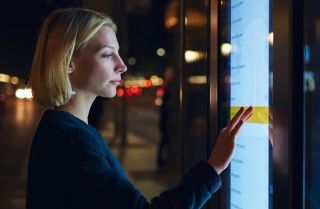 A new 98-inch 8K BRAVIA professional display, FWD-98Z9G, will also be introduced at DSE. This new BRAVIA features Sony’s next-generation image processor, the X1 Ultimate, equipped with an 8K ultra-resolution algorithm that enables 8K up-conversion of any content. Sony's Backlight Master Drive technology includes a newly developed LED module and control algorithm that’s optimized for 8K. It incorporates the design and feature set of Sony’s 8K LCD Z9G TV, with a worry-free limited warranty for three years of coverage. The FWD-98Z9G is planned to be available in summer 2019, with suggested pricing to be disclosed later.

Additionally, a new knowledge portal for customers, systems integrators and anyone looking for in-depth, one-stop information on BRAVIA professional models is available at pro-bravia.sony.net