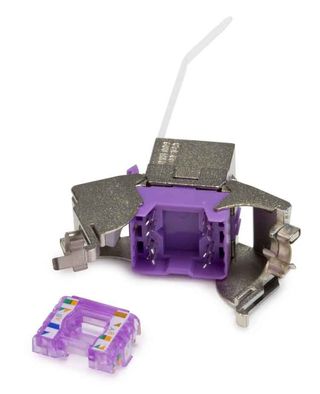 The What Else: The new Keystone Cat6A Jack’s tool-less design reduces tool cost, since no punchdown tool is required. The color coded wire guide ensures pairs stay in the proper order for quick terminations. This keystone jack is also designed to be resuable, and comes in multiple colors, so it can be used to replace old, worn out jacks or be integrated into newer projects with little difficulty.

“Our new Keystone Cat6A Jack has a tool-less design that is easy and fast to terminate and made to fit industry standard wall plates and unloaded patch panels,” explained Lee Sachs, Platinum Tools' president and general manager. “It even meets Cat6A channel shielded and non-shielded performance up to 100m. It’s a must for installers and technicians across multiple markets.”