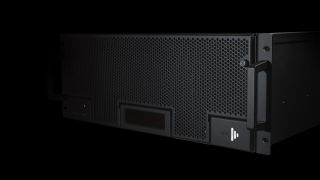 In stand 8-E250 at ISE 2020, disguise will present its solutions allowing creatives and technologists to imagine, create, and deliver spectacular live visual experiences.

Attendees visiting the stand will have the opportunity to witness the different features of disguise’s solutions in action, working together at scale to deliver one fully integrated system. It will also feature a projection-mapped kinetic sculpture with real-time generated video content.

Various demo stations on the stand will also present how disguise’s solutions are used on large-scale global projects and productions. From enhancing the stages of music festivals and live events, such as Eurovision Song Contest 2019 and Marco Borsato live at De Kuip Stadium, to powering architectural wonders around the world. Disguise’s hardware and software also sit at the heart of fixed installations, enabling globally recognized designers, consultants, and systems integrators to transform environments and create unforgettable visual experiences on building façades like the Burj Khalifa, in theme parks and cruise ships, as well as in museums and retail spaces all over the world.

Disguise will also be showcasing how its solutions bring a unique offering to production teams in esports, allowing them to make use of content that responds to gameplay and integrates seamlessly with other systems. On-booth demos will show how the platform is being used to create engaging experiences for both online and live audiences, with recent applications in live tournaments and studio installs around the world including PUBG Global Invitational, FACEIT Major, and Gfinity Studio projects in the U.K. and Australia.

Finally, disguise will be presenting its latest hardware: the vx 4, which has been engineered to play back video at the highest quality and resolution possible; and the gx 2c, which combines the highest output and processing power, allowing creatives to build environments with more particles, effects, and richer scenes at higher resolutions and smoother frame rates.

ISE attendees will also be treated to an engaging visual experience as they enter the exhibition center, as disguise is partnering with Novaline and Carbon Black to create a multi-dimensional holographic installation. Inspired by the intersection of science and powerful display technologies, the installation will employ disguise’s gx 2c.