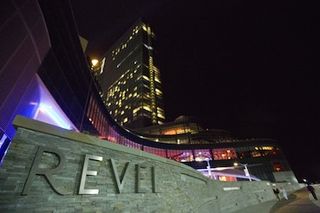 Montreal-based Scéno Plus, renowned for its theatre design work in Las Vegas, Canada, and around the world, recently completed a major, multi-venue project at Revel, the new $2.4 billion casino-resort at the north end of Atlantic City’s famed boardwalk.