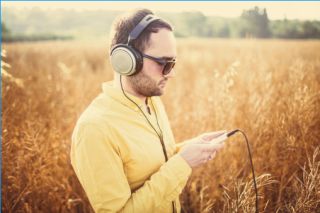 One of the brand new offerings at InfoComm 2014 is the Digital Signage Solutions Summit, which kicked off Tuesday with a series of dynamic keynotes, an industry outlook, stakeholders perspective and roundtable, and an interactive panel discussion from stakeholders.

The technology manager-targeted summit attracted many first-time attendees to InfoComm, keying in to the expanding membership engagement goal that the Board of Directors outlined in its latest strategic plan, according to David Labuskes, executive director and CEO, InfoComm International, who described that goal as, “about having the ability to work with others and to reach out to adjacent industries, areas that are important to the AV industry and areas that should see AV as important to them.” Digital signage is one of the most significant of these adjacent fields.

Lyle Bunn, a digital signage industry analyst and educator, presented the direction and outlook for the industry in one of the morning sessions, in which he described some key areas of growth, including “a battle going on here between food service and grocery” in the North American market, worth about $750B in annual revenue each.

“It’s not uncommon for the [grocery] deli counters to put in between three to eight displays. And will they pay $80,000 for that? Absolutely,” he said. There’s a highly compelling ROI he explained, where a $50,000 to $80,000 investment for flat-panels above the deli counter pays off in just a few months, in terms of the increased sales.