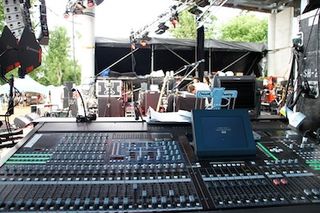 Westbury National Show Systems in Toronto, Canada is the largest Yamaha console rental company in all of Canada. The company recently provided audio production for several high profile events, including Fashion Cares featuring a performance by Elton John at the Sony Centre in Toronto.