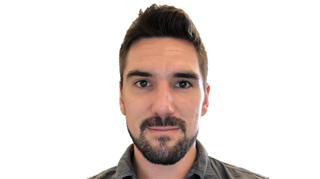 It’s easy to take today’s immediacy of communication for granted. Almost anyone can chat face to face with another person on the other side of the world, and we barely even pause to appreciate how remarkable it is. Think about this: Just 200 years ago—a span of less than 2 percent of civilized history—the War of 1812 was waged and Washington, DC burned largely because, at the time, news took three weeks to cross the Atlantic. Word of the cessation of British policies that had provoked America to declare war wasn’t received in time to prevent the clash of the U.S. Army and state militias with British forces from Canada.

In 2018, it’s almost too easy to communicate. With rapidly improving translational tools, even language will cease to be a barrier to the sharing of information. If someone from 1812 were told of how connected the world of the 21st century would be, he or she might imagine a place where everyone is always on the same page about everything. Unfortunately, that’s far from the case. While the means are certainly in place, the motivation isn’t always there, or structures of discourse are lacking.

In our industry, the most prominent territorial dispute is, of course, at the intersection of AV and IT. Here, successful diplomacy always involves a concerted effort to keep both departments working toward a unified goal. In this month’s issue, Dr. Dikran Kassabian of West Chester University shares how the school’s AV and IT departments keep up a constant dialog, partake in cross training, and have coffee with each other to discuss their needs. As convergence acclerates, other institutions would do well to follow this example.

In a related arena, Crestron’s 2018 Masters conference was also all about communication—specifically, creating a common language with which programmers and systems design engineers can collaborate to create the best outcomes for customers. In one of the summit’s panel discussions, the conversation kept making its way back to the way AV interfaces with IT departments—and how the lack of commonly agreed-upon standards in the former keeps things from meshing like they should. It’s hard to work side by side with people who are speaking in different tongues.

Speaking of standards, my predecessor, Margot Douaihy, just accepted one of B2B publishing’s highest honors in early April: the Neal Award for Best Media Brand. There couldn’t be a more fitting reward for her eight years of indefatigable effort in leading this publication, and I’m excited by the challenge of maintaining this standard.

I’m looking forward to meeting all of you, learning your stories, tips, and best practices, and helping to share this insight with others. Let’s strengthen our channels of discourse, stay motivated, and keep up the dialog, so that together we may continually improve upon the way we work and live.