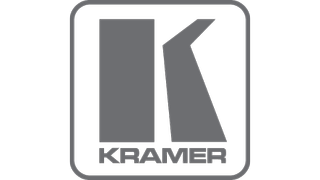 Like many of us, Kramer Electronics is starting off the new year with an ambitious goal.

On December 27, the company announced that it had acquired cloud-based automation and control software company iRule, with which it has partnered since 2014 to develop the Kramer Control platform, slated for release this May. According to Clint Hoffman, chief operating officer of Kramer Electronics U.S., this latest move is a step to further solidify the company’s goal of creating a modern, enterprise control platform that can go toe to toe with the biggest names in the commercial space.

“We, Kramer, have historically been a hardware company,” Hoffman said. “We made black boxes that did things really well in a particular situation where you needed it. And now, as the market becomes one where software and cloud-based services become more a part of our world, we at Kramer said, ‘We need to recognize that; we need to deal with that.’”

To do so, the company has chosen the approach of teaming up with experts in the categories to which it’s aimed to expand—for example, buying a 50 percent share of collaboration tech company WOW Vision to develop its Via line of wireless collaboration and presentation products. According to Hoffman, Kramer also began working with, and investing in, iRule to develop the company’s K-Touch software, a small-scale control solution.

“And we got together with [iRule] and said, ‘Let’s develop a modern enterprise control platform from the ground up,’” Hoffman said. “And the first decision we made in that process was that the most important thing we can do as we design this control system is make it a system that provides data—does it inherently, does it without any necessary work on anybody’s part. And from there, just designed the rest of it. That’s Kramer Control. And as Kramer Control is about to come to market, and the relationship with iRule being what it is, we decided to buy the rest of the company.”

Hoffman said that the iRule and ON Controls brands will continue operating going forward, as solution providers for the residential space.

As for the Kramer Control platform, Hoffman said it is currently being evaluated in pilot programs with “some fairly high-profile companies,” and that the pilots are going well. That’s good news for Kramer, as Hoffman said the company’s ultimate goal is for the platform to capture some of the market share dominated by the “three companies” that have led the control and automation space for the past 30 years.

“Moving into this new, converged world, we have enterprise-level control,” he said. “And not only that, it’s modern—it’s new, it’s something that’s going to appeal to millennials, and it works differently than the way the other three work.”

As Hoffman explained, the cloud-based nature of Kramer Control will help provide integrators with more recurring revenue opportunities, in much the same way that software company Adobe has shifted its model from a one-time, disc-based purchase to a monthly license fee.

“Our goal is to sell hardware, software, and cloud-based solutions and tie it all together, and deliver data and change the revenue model that’s been historic. We’ve been a project-based industry forever,” Hoffman said. “Kramer Control, and some of the other things we’re introducing, like Kramer Network—which is an enterprise-level software management product that we have out right now—these tools will allow the integrators to sell more of a recurring revenue approach.”