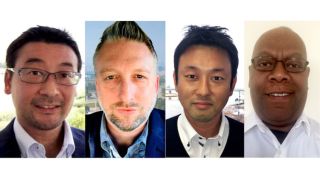 Included in the changes are several promotions and appointments:

Kevin Wilkin has been promoted to national sales manager in the U.S. He brings more than 12 years of sales experience in the industry as music retailer, AV manufacturer rep, AV integrator, and manager in audio manufacturing. He is responsible for growth of TOA market share and expansion into new verticals.

Masaki Omata has been appointed product and marketing manager serving Canada, U.S, and Central and South Americas. He is charged with developing new products specifically for the U.S. and Canadian markets.

Jonathan Allen, CTS was promoted to sales group manager. He brings technical and design expertise to the job where he will focus on project development in the Eastern half of the U.S.