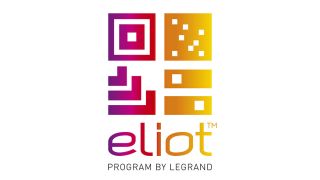 Over the past few years, the Internet of Things (IoT) has been gaining steady momentum, as more devices and appliances are becoming network connected. But, this trend has been largely viewed in a residential context—making “smart homes” smarter, by means of nifty gadgets.

But that’s not how Legrand sees it. For the infrastructure giant, there is massive potential in harnessing IoT to transform built environments of all kinds, making them not only “smarter,” but more energy efficient, too.

Last November, Legrand launched the Eliot program to harness what it predicts will be an $11 trillion opportunity over the next decade. Through partnerships with major companies like Cisco, Samsung, and Amazon, Eliot (a portmanteau of “electricity” and “IoT”) aims to bring together disparate devices, such as Legrand’s millions of light switches and electrical outlets already installed around the world, into harmonious, intelligent systems.

According to Manny Linhares, Legrand’s director of IoT strategy, the program has caught on more quickly than anticipated. “The tractions have grown and are coming in faster than we thought they would have evolved,” Linhares said. “Admittedly, most of our focus there is being an ‘enabler platform’ for the digital building. Because at the heart of that program is the ability to both power and control the intelligence through a single connectivity. So as that adoption is picking up, and again, you can see some very noteworthy things that have happened over the last couple of days, there’s more projects coming in that we’re working on.”

One of the recent developments to which Linhares referred is the decision by the program’s primary commercial partner, Cisco, to expand its focus beyond lighting solutions, changing its IoT program name from “Cisco Digital Ceiling” to “Cisco Digital Building.”

“We continue working with them more deeply, and now that their focus is not just on the PoE/lighting space, and it’s really looking at the commercial building, it’s really the strong point of Legrand, especially here in North America,” Linhares said. “So it now opens up the potential to do even more with them, and expanding to the full range of portfolios.”

On its side, Legrand has been bolstering its building controls division through its Wattstopper team. “They are staying abreast of much of the energy codes, as well as the added intelligence that is being asked for,” Linhares said. “So Wattstopper is in some phases of adding new features and new items to their portfolio to keep the intelligence within their products growing and expanding.”

As for its other primary partners—Samsung and Amazon Alexa—the focus continues to be chiefly on the residential side of the program, although Linhares said the popularity of the Alexa platform has piqued interest in commercial applicability. “We’ve heard some trend talks that the voice controls are becoming more open in commercial settings,” he said. “We’ve already seen that with the new versions of Windows on corporate computers that Cortana is integrated, so there’s more capabilities at the PC level with corporate, and the thought there is how much more these personal systems and voice control could actually carry through to commercial buildings.”

However, Linhares said that the Eliot program is careful about the direction it takes in regard to expansion, and adheres to strict principles. “The top three principles of those commitments are really making sure there’s enhanced value in anything that we do within IoT; the second one is making sure that it’s easy to use and intuitive to install; and the third one is just making sure that we hold customers’ data at the highest levels, because security and data integrity are key to everything.”

Linhares summed up the program’s mission with its two chief concentrations: a strong focus on interoperability and on its partners. “Some of the core reasons why these partners are so important to us, is really that transition from automation to autonomy,” he said. “That’s one of the key items. We’re trying to get our partners, and through our portfolio, to help progress the ability to become more autonomous and self-learning, which enhances both the commercial lives as well as our residential lives.”