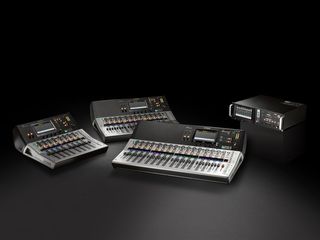 The Dugan automixer can be applied to up to eight channels in the TF Series, automatically raising the gain of microphone inputs that are active, while lowering the gain of inactive microphone inputs, and adjusting each to create a consistent overall mix level. This will eliminate the need for complex fader operation – for example, during presentations where multiple microphones are used, or panel discussions where an even larger number of microphones may be required. The advanced Dugan automatic mixing algorithm also maintains a safe feedback margin, ensuring high-quality, high- clarity sound at all times.