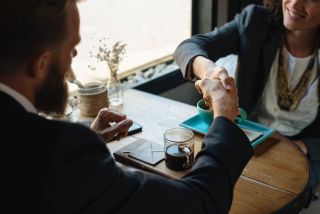 When it comes down to it, there are only two ways that an employee leaves a company: voluntarily or involuntarily. In both cases, how you handle that individual’s departure says a lot about you as a leader. And, most importantly, it can have a significant effect on the performance of remaining employees as well as the goodwill of suppliers, partners, and customers.

According to Amanda Haddaway, managing director and lead consultant at HR Answerbox, a human resources consulting firm based in Frederick, Md., employees who are resigning amicably tend to give the standard two week’s notice. (She notes that if it’s a senior executive, companies will try to negotiate more time to transition them out of the organization. Project-based companies, like AV integrators, will also ask for more time—especially if the employee in question is in the middle of a large job.) Regardless, in the time leading up to their last day, the organization needs to get as much information out of that person as possible. “This is an ideal time to ask the employee to work on documenting standard operating procedures, getting files together—whether those are electronic or paper-based documents—so that when the company replaces that person, it can be a seamless transition from the current incumbent in the position to that new hire,” she said.

Companies don’t have this luxury if they’re terminating someone for cause, however, since generally that person is asked to leave as soon as they’re officially fired. It’s crucial, then, for the organization to have their ducks in a row ahead of time: barring that individual’s access to the company’s network, intellectual property, and communications needs to occur immediately.

Julie Kantor of JP Kantor Consulting, a business consultancy based in New York points out that a voluntary departure often triggers feelings of resentment in the person receiving the news—the organization committed to investing in this person, and now they’re up and leaving. She warns employers not to let their emotions get the best of them. “How employers treat people who are departing is a reference to the overall culture of the organization,” she said, “and most significantly, the people who are staying view it as a statement of how [the company] values people.”

How an organization communicates an employee’s departure can make the difference between quelling concern or creating anxiety. With voluntary separations, Haddaway said it’s usually someone from HR or the management staff that notifies the employee’s co-workers that they’re leaving, and sometimes it’s even the employee who makes the announcement. With amicable resignations, Haddaway suggested that companies ask the employee how they’d prefer to break the news. Involuntary terminations are a little trickier, because companies must be careful about how much information they share in order to avoid legal hassles down the road.

“It’s not necessary to share every single detail with all employees across the company. You want to allow the person who’s departing to save face, and so you may just provide a statement that says, ‘Bob Smith is no longer with the company. We wish him well in his future career endeavors,' or something to that effect that lets people know that he’s no longer part of the company.” She added that if the organization can provide the name of the person who will be covering the departing employee’s position in the interim, this is the time to do so.

It’s also important to alert clients of the employee’s departure—whether it’s voluntary or involuntary—as quickly as possible, Kantor said. After all, customers want to be taken care of, and they will need to know who is replacing the departing individual—and, if you don’t have an answer to that question yet, who will be looking after them for the time being. This may require senior-level management to get involved in these conversations to provide clients with reassurance that the company is not dropping the ball on them during this transition.

Piyush Patel, author of Lead Your Tribe, Love Your Work. An Entrepreneur’s Guide to Creating a Culture That Matters, reminds employers that even when it’s necessary to fire someone, you can do it with class. He noted that when he was running Digital-Tutors, an online training company specialized in offering education to those working in visual effects for film and video games, he tried to instill as safe an atmosphere as possible for the person who was being let go. “I created a rhythm, which was: I’m not going to make them do a Walk of Shame. I’m not going to make them pack all their stuff up and walk [through the office],” he illustrated. “We would gather everybody else up and move them to a different space, or we’d plan a lunch and everybody would be gone. Then that way this person could gather their things and leave with dignity, because it’s about the next step in their life and not just this step. I would want that. I look at it as: how would I want to be terminated?”

And, in some cases, just because an employee leaves doesn't mean that they don't have a future with you . . . in the future. “I've had people who have amicably quit, and they leave for a year or two, and they’re like, 'I miss it. I want to come back.' And it's like, 'you bet. Come on back.'”