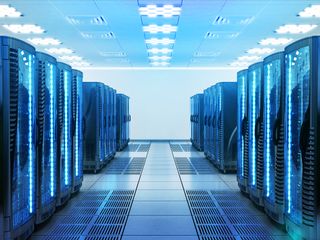 As a tech acronym, IoT is relatively new, but the concept dates back quite some time. At its core, the Internet of Things is about communication—something that the professional AV industry has been facilitating since its inception. As audiovisual systems have migrated to the network, pro AV is carving out its space in IoT.

“The Internet of Things began to take shape when people realized that machines were beginning to have more and more conversations amongst themselves,” said Joe Andrulis, executive vice president of corporate development at Biamp. “When you think about it from an AV point of view, certainly AV is all about connecting people, but the systems themselves stay in pretty close communication with one another to make that possible. I would say that AV is very, very active in the Internet of Things.”

For enterprise customers seeking simpler ways to unite workers both on- and off-site, this is good news: now professionals have access to the same types of functionality that many have already integrated into their homes. “The professional space is always late to adopt [the technologies that started out in the consumer space],” said David Margolin, vice president of marketing at Kramer Electronics. Several years ago, the company rolled out Kramer Control, its cloud-based platform designed to simplify deployment and control of enterprise AV systems. “Now that people realize it is possible to create this experience and get so much more in terms of functionality, they want the same experience at the office.”

Much of what drives IoT is sensor technologies––a key element in many AV systems, Andrulis points out. Not only do these technologies enable users to, say, collaborate; they can also capture information about the meeting space itself––its acoustic properties, the lighting, how many people are present––and then make adjustments accordingly. He cites Biamp’s portfolio, using the company’s Tesira beamtracking microphones as an example: “Beamtracking microphones are a great example of how we’re using devices to dynamically reshape their behavior as people’s behaviors change—whether they move around, where their voice goes up or down, whether air conditioners come on or off, and other things that might disrupt or diminish the quality of the experience—they already detect that and correct for it in advance,” he illustrated. He added that this is possible not just because the microphones are capable of beamtracking, but because all of the other technologies within the space are communicating. “All of our devices work together in collaboration with one another to pass information between each other. All of these signal processing elements work together as a large system.”

Last June, automation and control systems manufacturer Crestron unveiled XiO Cloud, which is built on the Microsoft Azure platform. Crestron XiO Cloud is a centralized, cloud-based solution that allows users to deploy, configure, monitor, and manage devices on a global basis. Devices are automatically recognized, which eliminates the need for programming, and users may push settings and firmware updates to devices, and the system will revert updates when troubleshooting is necessary.

[Which Cloud Collaboration Platform Should You Choose?]

Nic Milani, executive director of commercial product marketing at Crestron, argues that XiO Cloud has the potential to streamline how AV integrators approach deployments. “As a dealer, that means you can fundamentally change who’s installing the hardware and where you need to deploy your programmers,” he said. “What a tool like this does is it shifts the way we apply labor and it makes dealers more relevant in more spaces.”

Milani added that centralized tools like XiO Cloud can serve to help integrators sell the idea that AV doesn’t have to be complicated. “The customer, for years, has posted an AV technician outside of the biggest and baddest rooms because the important people are in there and they can’t trust that the system will be reliable, or they’re scared to deploy technologies into all of the spaces because historically when something goes down, it’s a massive problem,” he said. He challenges the industry to stop approaching AV projects as one-off, “big room” deployments, “and start to think of providing great audio and video in all the spaces in which people work, having a full set of devices that can reliably put a piece of technology in every single room in a building—thousands of spaces. It’s actually do-able, manageable, and supportable with a handful of people.”

Andrulis acknowledged that in spaces where the integration of components from a variety of manufacturers is necessary, integrators may be required to take a few additional steps to ensure that the systems work together smoothly, “but happily, the AV community is doing a pretty decent job of recognizing the importance of coming up with formal, well-established interface protocols for interoperating with their systems,” he said. “This benefits not just integrators who are integrating one AV system with another AV system, but it also has the consequence of providing a nice, clean, well-documented interface for tech managers to ensure that the [room] information is well-protected, and that they have access to it where they find appropriate for other systems.”

Nic Milani, executive director of commercial product marketing at Crestron, noted that one of the big benefits of XiO Cloud is that because it’s built on the Azure platform, it uses similar security mechanisms applied by Microsoft. “I think without a doubt Microsoft is the most trusted vendor in the enterprise space right now,” he said. “They respect and understand the enterprise space, and they understand and respect the importance of data security and privacy of information.”

“Security is a very well-trod field in the area of IT networks and data, and there are few organizations better than an IT organization that understands how to go and manage data effectively,” said Joe Andrulis, executive vice president of corporate development at Biamp. “The best practice that we follow is not to go and try to reinvent great security procedures and protocols, but to adhere to the ones that they’ve already established as being appropriate for the organization. That’s what I think the AV organization, not having come from a heritage within IT, really ought to take as their guiding North Star. Don’t try to reinvent the wheel. Take advantage of the fact that the IT organization is the expert in this, and work the way you need to work so that it’s a familiar system, it’s one that they can depend on and that they understand, and they know how to go and interoperate with other systems effectively.”