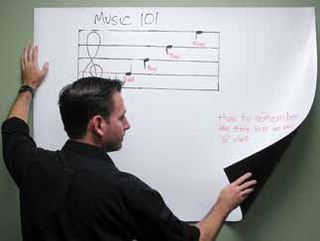 Well in advance of the show, Integrated Systems Events announced that it would occupy an additional hall at the Amsterdam RAI. The opening of the RAI’s Hall 9 gave ISE the chance to accommodate the varying needs of exhibitors who wanted to increase the amount of space they occupied in 2010, as well as companies who are new to the event next year.

Located between Halls 10 and 11, which were used by ISE in both 2009 and 2010, Hall 9 is approached from the Holland foyer of the RAI, with its entrance close to the exhibition center’s own train station, tram stop, and other public transport connections. Hall 10 is the home of ISE’s second digital signage area, which will also be enlarged for 2011, but no one technology or application will be emphasized in Hall 9.

With a total of 28,489 attendees, ISE 2010 attracted the largest number of visitors in the event’s history. Those attendees saw products from 640 exhibitors—up from 564 in 2009 and another record for the show. Over 83 percent of the exhibit space for ISE 2011 was already booked before the 2010 event had concluded.

TV One will be demonstrating a range of 3D video processing capabilities using their advanced CORIO processing engine at ISE. 3D video processing will be shown throughout the TV One booth with stereoscopic demonstrations of CORIO products being fed live video from two standard 2D 1080p camera sources. These two inputs will be processed within the TV One unit to produce a single 3D image of live video, which will be output to a 3D monitor in real time.

Elite Screens announced its Insta-RP pliable rear projection material. Elite’s Insta-RP is an adhesive optical rear projection material that is made of a durable polyethylene terephthalate material that is designed for contrast and textured for optimal uniformity. It delivers a 2.2 gain image that is designed for applications where there is either controlled or ambient light. It is the ideal solution for wherever a permanent rear projection display is needed. The Insta-RP material installs quickly on any glass surface and is made for both small and large commercial venues.

The next generation of RTI wireless remote controls features a dual RF board technology that gives custom installers flexibility for control. The new T3-V+ and T2-C+ controllers support both 433-MHz RF for one-way control and 2.4-GHz ZigBee for bidirectional communication with RTI processors and supported third-party electronics like music servers, lighting, and even web-based RSS feeds for weather updates. While both remote controls continue to provide direct infrared control, the T3-V+ offers enhanced 802.11b/g wireless ethernet support for browsing the web or viewing IP-addressable devices such as security cameras.

In 2008, Technomad introduced the Schedulon mp3 playback and recording system to give PA system operators the freedom of scheduling automatic playback of audio files down to the minute while maintaining a high level of manual control. Technomad now introduces Schedulon v3.0 at the ISE show, delivering new features and enhancements. Schedulon 3.0 retains the flexible options for instant, manual playback of user-loaded audio from a front-panel screen and push-button knob, while improving the automatic playback functionality through down-to-the-second scheduling.

Barix heads to ISE 2011 with a new IP audio innovation that gives systems integrators and end users the freedom of choice to turn nearly any 8-ohm speaker into an IP speaker solution. Barix will show the Exstreamer P5 amplified IP decoder. The Exstreamer P5 is an all-in-one solution for high-fidelity Audio over IP distribution, supporting universal IP standards including TCP/IP, RTP, SIP, multicast, and Ethersound. The amplified device can directly connect eigh-ohm speakers to an IP or Ethersound network, effectively extending the popular Barix Exstreamer product range into new environments for end users and systems integrators.

Apantac will demonstrate its new TAHOMA-DE Universal Multiviewers at the upcoming ISE 2011 - Integrated Systems Europe, booth number 10I134. The TAHOMA-DE is a Universal Multiviewer, meaning that it accepts four to eight HDMI, DVI, VGA, YPbPr, YC, composite, and SDI video sources for visual monitoring on a single highresolution display. As with Apantac’s full platform of TAHOMA Multiviewers, the TAHOMA-DE family includes builtin Cat-X extenders allowing the display monitors to be up to 35 meters away from the Multiviewer. The TAHOMADE supports up to eight high resolution inputs in a single rack unit.

Manufactured with Phoenix Contact terminal blocks for a reliable connection, the MaxBlox solderless termination system features a design that reduces installation time and cost by eliminating the need for soldering or crimping. The sled-type bottom allows these connectors to slide, snap, and lock into the MaxBlox CD-MX915H hood for a secure cable-mount connection. The MaxBlox family includes HD15, DB9, S-video, and 3.5-mm connectors, and now the new BTX-MXRCA screw-terminating RCA panel mount connector. The BTXMXRCA requires only a strip tool and a screwdriver.

Reflecting the growing diversity of digital signage deployment across Europe and beyond, Integrated Systems Events will unveil DiSCO - the Digital Signage Conference, on the eve of the ISE 2011 tradeshow in Amsterdam. A joint venture between ISE, its established signage industry partner Invidis Consulting, and the trade association OVAB Europe, DiSCO will differ from previous ISE conference programs by offering two parallel presentation tracks.

Track 1, the Business and Strategy Track, will feature presentations on topics as diverse as interactivity, content syndication, augmented reality, and mobile technology. This track is aimed at C-level industry professionals and thought leaders from the whole digital signage value chain.

Track 2, the Case Study Track, will is focused on delivering real-world examples of how digital signage can be successfully implemented in a variety of applications. This track is aimed at systems integrators looking to expand their offering to include digital signage, and will be followed, on the morning of Tuesday February 1, by a guided tour of signage products at ISE 2011.