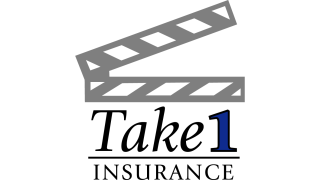 Take1 Insurance has introduced the Take1 Combined Crisis Cover, a comprehensive insurance protection policy for the live and special event industry that provides immediate coverage of up to $1 million annually in the event of, or threat of, malicious acts including terrorism, caused by an active assailant who interrupts or cancels a planned live event.

Created by Take1 Insurance as a Coverholder of Lloyd’s, the policy also protects against property damage and general liability caused by an active assailant.

Unlike TRIPRA (Terrorism Risk Insurance Program Reauthorization Act) coverage that is currently offered on virtually every commercial insurance policy, the new Take1 Combined Crisis Cover is not specific to the commission of a terrorist act as determined on a case-by-case basis by the U.S. Secretary of the Treasury, and which has difficult-to-achieve minimum damage thresholds in order for insurance coverage to respond.

“TRIPRA is designed to protect against extraordinary loss after a minimum of $5-million in aggregate loss is achieved,” said Scott Carroll, Take1 Insurance executive vice president and program director. “We believe that our insureds and their agents need an insurance program that kicks in immediately whenever a malicious act, or threat thereof—which can include terrorism, but does not need to—is either committed or threatened in a way that forces the interruption or cancellation of, or causes property damage or creates certain liabilities at, a planned event. This new multi-peril policy provides them with an affordable way to recoup some of their business interruption, property damage, and certain liability losses.”

According to Carroll, the Take1 Combined Crisis Cover policy includes coverage for Active Assailant, Threat of Malicious Acts, Terrorism Property Damage, and Business Interruption Loss, as well as Terrorism and Active Assailant Liability. A policy offering annual coverage can be purchased for as little as $745, depending on limit and risk profile, and applies anywhere in the United States and its territories. The Combined Crisis Cover is designed to provide insurance protection for companies affected by tragedies that may never be deemed to be an act of terrorism, such as Boston Marathon Bombings and the more recent Pulse Nightclub Shootings—both of which were not certified as acts of terrorism.