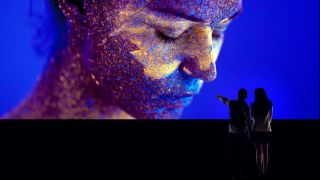 Sony is taking its immersive new display technology, Canvas, on a three-city tour across the U.S.

Each stop on this “open house” tour will include presentations from Sony product experts and visual demonstrations of the technology.

Canvas is seamless, direct-view display with a viewing angle of nearly 180 degrees.

It incorporates Sony’s ultrafine LEDs, which measure just 0.003 square millimeters in size, allowing the remaining surface area to be more than 99 percent black, allowing for a contrast ratio of 1,000,000:1.

Sony will also demo its high-performance 4K resolution projectors with 5,000 lumens brightness and blue laser phosphor technology on this tour.

Register to see Sony’s Canvas at one of the following locations: