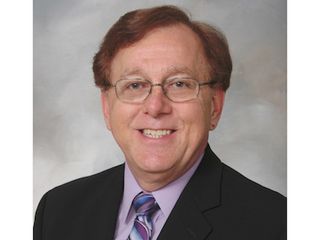 The IEEE Broadcast Technology Society’s (BTS) president, William T. Hayes, will moderate a panel titled "Advanced Technology for Audio" as part of the NAB Broadcast Engineering Conference on Wednesday, April 20. Hayes, who is also the director of engineering and technology for Iowa Public Television, will lead a distinguished panel of three experts to discuss various technology approaches to creating leading-edge immersive audio experiences for viewers. The panel is scheduled for 2pm—5 pm in room N235 at the Las Vegas Convention Center.

"The digital transition has offered practical and economical ways to capture, transmit, and present audio in a more lifelike and immersive manner ‹ paving the way for delivering images to home viewers at a quality level previously only available in theaters. Home audio systems are now capable of providing sound as a 3D listening sphere that surrounds viewers and brings them into the programs they are watching," Hayes said. "There are many challenges faced when creating audio that is truly linked to the video element. In this session, we will help attendees better understand and plan for the creation of content that will be consumed in this more immersive environment."

The "Advanced Technology for Audio" panel will be presented in three parts. The first part, "Spatial Representations Supporting Immersive Sound Systems,” will be presented by Deep Sen, senior director of Multimedia R&D Labs at Qualcomm Technologies. Sen will introduce the audience to the three approaches (channel-based, object-based, scene-based) being used in next-generation audio systems, the pros and cons of each, and when it makes sense to use them.

The second part, "Immersive Program Interchange,” will be presented by Fadi Malak, director of corporate strategy and development at DTS. Malak will discuss the challenges with interchange today and the need for standardization. He will present an overview of next-generation audio standardization activities and describe some of the requirements that go into creating these standards.

The last part, "Delivery and Playback," will be presented by Jeff Riedmiller, vice president of Sound Group. Riedmiller will discuss the three next-generation audio codecs, what they are, and their approaches, and then focus on the technologies behind enhancing the consumer's playback experience through personalization, loudness, and rendering. He will also include some educational pros and cons on the different rendering approaches.