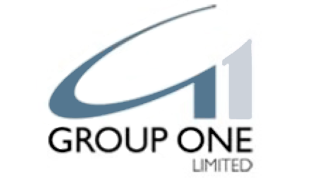 Group One Limited, the Farmingdale, NY distributor for DiGiCo, Avolites, and several other audio and lighting manufacturers has recently implemented a number of managerial changes. Matt Larson, Ryan Shelton, Taidus Vallandi, and Chris Fichera will all take on expanded roles at the compay.

Larson, DiGiCo national sales manager, has been promoted to the position of Group One vice president, professional audio, and is now overseeing all of Group One’s audio brands for the touring, theatre and install markets.

“Matt is a great asset to Group One and deserves much of the credit for the growth of DiGiCo here in the U.S.,” said Jack Kelly, Group One president. “I rely heavily on Matt’s advice, and as we continue to grow and look for new opportunities, it is time to recognize the key role that he continues to play for us as well as to set the stage for Group One’s next growth phase.”

Matt LarsonShelton, sales and support associate, has now been named Group One’s national sales manager for KLANG:technologies. “KLANG needs a dedicated person to keep our focus on growing the brand, and Ryan has quickly become our expert on all things KLANG,” Kelly said. “He has proven himself to be an indispensable part of our Group One audio sales team, and this promotion is a logical step forward in Ryan’s career path and completely aligns with the Group One vision for the future.”

Vallandi, one of DiGiCo’s pioneers and responsible for opening the first DiGiCo office in the U.S., has now been promoted to serve as Group One’s chief technology officer. “Taidus is our ‘go-to’ technology wizard and for years was the number-one resource in the U.S. for DiGiCo,” Kelly said. “Over the years, as we’ve added more technical support positions and grown with the addition of the Calrec line, Taidus’ experienced grasp of network system technology has seen him much more involved with our broadcast clients. He will continue to advise and support across all of our audio products and will focus in the near term on Calrec and DiGiCo solutions for the broadcast and production industries.”

Taidus VallandiFichera, Group One vice president, broadcast and production, is one of the U.S. distributor’s founders and remains a shareholder as he also expands his role. According to Kelly, “Chris has a natural affinity for the broadcast and production markets having been our Blue Sky manager for the last 15 years, as well as a multiple Grammy Award-winning engineer. He now adds to his responsibilities working with Taidus and the Calrec U.S. team to expand the reach of Calrec products in those markets.”