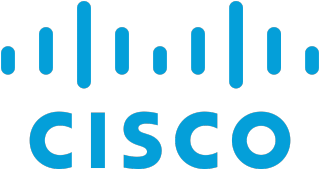 John Chambers, executive chairman of Cisco, has notified the company’s board of directors that he will not stand for re-election when his current term ends in December. The board plans to appoint current Cisco CEO Chuck Robbins to serve as chairman when Chambers' term expires at the annual meeting of shareholders on December 11, 2017. At that time, Chambers will also be given the honorary title of Chairman Emeritus.

"John's brilliant mind, compassion and charismatic leadership have helped shape Cisco for over 20 years, and for that we are all grateful," said Robbins. "John's influence on the industry is immense and he built Cisco around a culture of integrity and innovation that will continue to serve our employees, partners, and customers for decades to come. I have no doubt he will continue to have a lasting impact with his future endeavors."

Chambers, who has spent 24 years on the company’s board, stated in his resignation letter that “it is time for Cisco to move on to its next generation of leadership including at the board and chairman level and to position this seamlessly for the future.”

Carol Bartz, lead independent director, Cisco board of directors added, “John’s leadership helped bring the internet to billions of people around the world. At the right time, he initiated and brought to fruition a CEO succession process that resulted in the right person, Chuck Robbins, leading the company into the future. We owe John a debt of great gratitude for his extraordinary service to Cisco."

Robbins, who has spent the last two years as the company’s CEO, has worked diligently to shift the market to Cisco’s cloud software and away from its computer network equipment. Chambers claims Robbins transition over the last two years has been one of many examples where Cisco has been a world-class example of transparency and execution.

In addition to appointing Robbins to the board at its annual meeting, Cisco is expected to reduce the size of its board to eleven members, ten of whom will be independent directors. The board's charter ensures that the lead independent director plays a critical role in leading corporate governance.