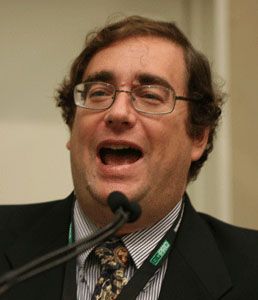 This year’s broadcast/streaming sessions offer a look at the implications of how new technologies will affect broadcast and streaming audio, such as “Audio For 4K TV,” and “Broadcasting During Disasters,” a look at how the close-to-home strike of Hurricane Sandy last year impacted news and other broadcast operations, as well as updated iterations of longstanding issues facing the industry, such as loudness and maintenance.

“As always, what we’re doing is taking key issues and technologies in the broadcast and streaming domains and looking at them closely and intensely, but in a way that’s as relevant and accessible as possible to the greatest number of people,” explains Bialik, who also works as the Project Manager for Streaming Operations at CBS Radio in New York City. “We make a special effort to develop mini-tracks focused on topic-related issues,” he said. “For example, attendees will find groupings of events on Troubleshooting, Audio for TV, and Radio & Streaming, which are virtually crash courses on these issues. We strive to make them interesting and entertaining, but still keeping the information at the highest level. And we strongly emphasize that these events are discussions of technologies and techniques, not sales presentations. The AES Convention continues to serve as an essential destination for the serious audio professional.”

The sessions for this year’s AES Broadcast/Streaming series are a mix of new topics and updated familiar ones. Events include:

•“Broadcasting during Disaster” – How Hurricane Sandy impacted the ability of broadcasters to quickly respond with accurate, timely life-safety information
•“Is it time to retire the MP3 protocol for Streaming?” -- “The MP3 format has been around a long time now,” Bialik says. “The key point we’re going to focus on is, is backwards compatibility holding up future progress?”
•“Audio for Mobile TV” and “Streaming and the Mobile Initiative,” which both look at the issues audio faces as it moves into the mobile landscape. “Today, cars are being designed to be compatible with mobile phones, not the other way around,” says Bialik. “The tail is wagging the dog.”
•Other sessions include focuses on “Audio for 4K TV,” “Listener Fatigue and Retention,” “Television Loudness and Metadata,” “HTML5 and Streaming,” “Modern Audio Transportation Techniques for Remote Broadcasts,” “Hardware Troubleshooting Basics,” “Technology and Storytelling: How Can We Best Use The Tools Available To Tell Our Stories,” “Facility Design” and “Loudness Control for Radio and Internet Streaming.”