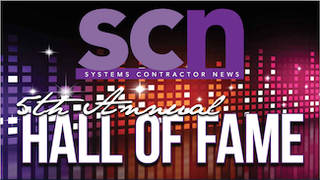 In Rwanda, a landlocked country in the elevated lake region of Eastern Africa, there’s a plant pathologist studying fungi afflicting banana crops with help from a 50-cent microscope made almost entirely from a sheet of paper. It comes in a standard envelope, with color-coded origami instructions to create a fully functional microscope, called the Foldscope.

The Rwandan scientist was part of an experiment in mass microscopy. There were 50,000 Foldscopes mailed to volunteers in more than 130 countries to test the devices and where possible, share photos, video, and commentary online. The experiment was funded by a grant from Intel co-founder Gordon Moore’s philanthropic organization.

The purpose behind the Foldscope is that traditional research microscopes are not designed for fieldwork due to size, cost, and fragility. There are apparently deep connections between science, education, and world health, and Foldscope’s founder is eager to provide the kits to people living without electricity or modern sanitation. A glimpse inside the microcosm is likely to help inform their views about disease.

The Foldscope and its inventor, Manu Prakash, are profiled at length in the December 21 and 28, 2015 edition of The New Yorker. One of Prakash’s interests discussed is biomimicry, which examines how some organisms adapt to nature’s challenges and look to apply that to biologic issues of modern humans. By exploring the microcosmic world, we can work to solve complex problems.

With this eye to the smaller details of a big picture, SCN brings you the fifth annual Hall of Fame, honoring integrators, consultants, and inventors who lead the AV industry in various ways. In honoring these individuals, we present a microscopic look at many of the little steps and influences along the way that fused into career success. Flecks of experiences occur at every footfall along the way: the Hubble Space Telescope project, the truck driving, the tenacity, the lawyer investigating the first IBM PC, the photographer at a slide animation camera manufacturer, and all the would-be rockstars. These are just a few of the core experiences that helped define the careers of this year’s Hall of Fame class.

One purpose of the Hall of Fame is to honor accomplishments in the industry, yet it’s also to inspire the hearts and minds of others. By zooming in on these journeys, we can in turn examine our own paths in respect to our goals and solving the issues at the crux of moving the industry forward. Join us in honoring them while dually viewing their stories as springboards to the next generation.

Pat Quilter, founder and chairman of the board, QSC