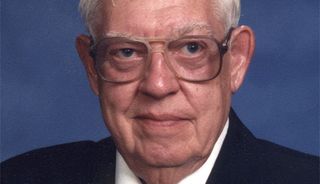 Surrounded by shareholders greeting him on his first day as president of Lectrosonics—a company he was brought in to rescue from the brink of failure—John Arasim looked around the plant, grabbed a broom and started sweeping. Demonstrating how no task is ever too small for the most enterprising of minds, Arasim set to work.

Soon after that opening gesture, he swiftly identified precisely where the New Mexico-based manufacturer was losing money, immediately discontinuing several products inhibiting cash flow. “Every time you ship one of these, it’s like handing out a $100 bill,” he reportedly told shareholders, as recounted by current Lectrosonics president Gordon Moore. At the same time, he initiated creative means to bring in much-needed cash, such as machining couplings for AT&T, buying the company time to refocus on engineering.

By all accounts, Arasim’s astute accounting instincts were self-taught, yet his engineering prowess was honed at the University of Michigan and further matured over years at Sparton Industries where he was GM of the Albuquerque operations. His inventive credits include work on the first UHF tuner for Lockheed’s F-104 Starfighter, the first television broadcast tower in Detroit, the world’s first directional sono-buoy, and nuclear failsafes. But Arasim’s technical contributions to the AV and broadcast industries with the plug-on transmitter are what cemented his enduring legacy as a world-class inventor. “Prior to that product line, there was no reliable RF receiver and transmitter used in the news industry,” Moore said. “What he did was change the way people gather the news.”

With that flagship product introduction in 1988, growth at Lectrosonics took off, paving the way for a higher-end wireless system that was adopted by the movie industry. The VP300 portable PA, later renamed the Long Ranger, was the Lectrosonics gadget Arasim loved to brag about the most, Moore said. At just 21 pounds, the system could cover a football field. “The unit sold like crazy. That was a fun one for John because it had a little bit of everything. It had the PA system, the special speaker, wireless, and battery technology.” The secret sauce in Arasim’s designs? “The trick was to make it easy to build, easy to service, and build it like a tank.”

The keys to such shrewd business acumen and brilliant engineering may have been Arasim’s voracious consumption of information and a whole lot of common sense. “He just had this common sense about him that was amazing—the ability to look at a situation and know exactly what to do,” said Christine Harrison Butler, Arasim’s daughter and a longtime Lectrosonics employee.

Butler recalls her father’s frequent time in the office on Sundays, affirming how his work was truly his hobby. He kept a scratchpad on his nightstand for when he woke in the middle of the night with an idea. He was remarkably good to his employees, and he knew that high retention was an important metric of business health, right along with all the financial indicators. He had great ideas right up until the end of his 30-plus-year tenure with Lectrosonics. Butler recalled him saying as he neared retirement how he wished he had another 20 years “because he still had ideas and things that he wanted to do.”

With Arasim’s passing in May 2016, the audiovisual industry lost a great leader and inventor fiercely committed to homegrown manufacturing and job creation. His stamp on the systems contracting business remains in the high-end wireless microphone systems and digital matrix mixer products with which Lectrosonics continues to innovate. If there were a message he could convey to the next generation, Moore believes it would be to always look for the answer, and there will be a solution—albeit one that may require a creative approach, with two critical guiding principles: “Make sure that solution is grounded in good, solid, scientific engineering theory, and make sure that it’s also founded in good, solid, financial practice.”