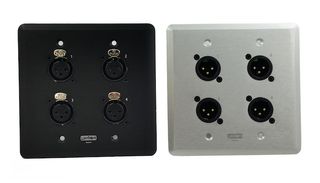 Dave Rat If the front of house engineer in this equation happens to be Dave Rat, who spent 27 years mixing for the Red Hot Chili Peppers and other major acts while building Rat Sound into the go-to company for major tours and festivals, then problems tend to be solved empirically and totally. With tactical skills and an incisive curiosity that decades ago originally sent him to his first job testing missile components at Hughes Aircraft, Rat’s strategy encompasses not just a knowledge of physics and sound, but also an inherent understanding of materials and environmental factors that defy the rules of science from time to time.

Case in point: on his final Chili Peppers tour before he hung up his headphones earlier this year, Rat may have referred to his surfing knowledge in finding a solution for a vocal mic that was shocking the lips of anyone who got close to testing it. Analyzing every potential source for the stray electrical charge, Rat isolated the problem to the brand new rubberized layer of stage covering material that had been rolled out for the tour. Straight from the factory, it was electrostatically charged and nothing could tame it in the short period of time they had before launch. Ever the scientist, Rat requested bottles of water and salt from catering, and after mixing them asked that the salt water be poured underneath the stage covering to form a conductive liquid layer that eliminated the charge.

This daily problem-solving and a constant search for efficiencies that prevent trouble in the first place has led Rat to develop a countless array of original technical innovations over the years. Some of these have been released as professional audio products, such as the EAW MicroWedge that arrived on the market in 2009. Others have found their way into the hands of audio practitioners through the Sound Tools division of Rat Sound. Nearly 20 years ago, seeing the potential to help other sound practitioners in their battles with the laws of physics, Rat debuted the XLR Sniffer/Sender Cable Tester, the first of his specialized, practical devices to be released into the wilds of audio applications everywhere.

The result of some tedious line-checking issues occurring on a late ’90s Rage Against the Machine tour and a patented circuit design engineered by Rat, the XLR Sniffer/Sender was the first in a succession of devices that systematically address and solve a clutch of audio problems. As evinced by the Sound Tools Sniffer/Sender line’s expansion to tackle the most common connectivity problems, the Sound Tools series is informed by real-world troubleshooting needs. And the manufacturing also bears the hallmarks of road warrior use, with finely machined aluminum casings noticeably motivated by a touring engineer’s quest for indestructible, works-every-time performance.

“For us it’s about making products that are useful and reliable, and that’s why we use aluminum,” Rat explained. “We’ve had nothing but problems with other manufacturers’ products made of steel. They chip and rust, which causes issues over time.”

It was roadworthiness that also inspired Rat’s development of the Sound Tools SuperCAT and SuperCAT Lite specialized category cables. Seeing far too many data cables destroyed after one-time use in the festival environment, Rat sought out to build a category cable that could be buried and pulled up for future shows. The goal was to bring the durability and coilability of audio cables to high-quality category cables, improving not only their ruggedness but also the audio delivery capabilities with improved isolation within the cable itself. To realize this vision, Rat took a detour while on the road with the Chili Peppers in Germany, bringing his design ideas to a cable manufacturer that Rat Sound had worked with in the past.

“I worked with their engineers to develop two custom-designed, custom-branded audio cables that were not only capable of carrying Cat-5e and better data, but also optimized for carrying multiple formats over the same cable,” Rat said. The resulting SuperCAT and SuperCAT Lite offerings “are both audio grade, and they exceed the specifications of high-quality audio snakes and audio mic cables,” Rat explained.

The cables’ PVC jacket gives them the look and feel of regular mic cables, he elaborated, “except it’s the equivalent of four mic cables. It’s like a four-channel audio snake.” His cable design individually isolates and shields each of four twisted pairs, the high-quality twist of which inherently improves noise rejection. To further improve audio quality, he had the foil wrapped with the conductive surface to the inside so the shells don’t short each other. Finally, there’s an internal separator running down the middle to ensure the pairs are consistently spaced apart to additionally reduce crosstalk from pair to pair.

If that’s not enough, each of the pairs has a clear wrap that protects the shield. “Old audio snake shields short out, causing cracking sounds and noises, so we added the extra layer there,” Rat said.

“It’s just a really easy way to use shielded Cat-5, which is pretty much a commodity cable, to transport high-quality audio using multiple audio formats, or multiple data and audio formats,” Rat explained.

As network infrastructure is built into more new environments, the WallCAT is a logical extension of cabling that already exists in the walls. But for retrofits, it also solves problems by easily boosting connectivity.

“We’re putting in category cable for every install we do,” Rat noted—which is an added bonus, because like all Sound Tools gear, the equipment is proven long before it’s released, as it’s tested by Rat Sound’s touring, rental, and installation divisions. Where the company used to run a separate analog audio snake with a patch-bay setup and a separate network for data, “now the CAT Snake allows you to merge the network and the audio into a single entity. So you can run two cables and use one for network, and one for analog audio, or use them both for analog, or use them both for network. You’re just using an existing popular cable for another purpose. It’s already there—it’s so easy. If the cable’s already there, why run two different sets of cables, when you can use just one?”

The connectivity component is certainly compelling, but the audio quality of the optimized category cable is an added benefit. “Category cable has even higher frequency response than audio cable, and it’s made to more precision tolerances because of the difficulty in transporting high-speed data, so actually in many ways the category cable is superior electrically to audio snakes that have been around for years,” Rat noted.

Rat Sound’s entry into networked audio transport was early in the game, and has now reached maturity as other manufacturers jump into the category. The level of acceptance of the option is increasing as more installers realize the ease with which a complete multiroom system can be deployed and then modified as needed for evolving use. Rat revealed that the Sound Tools product line will expand to fulfill more application needs, and he expects growth from there: “As soon as people see the value, we’ll see it catch on more. What draws people to it, is it’s high quality and it’s versatile. The ability just to use shielded Cat-5 cables for any of numerous applications—use it for your router, internet connection, or you can plug TV into it. Or you can plug into a box that allows you to plug in analog cables or AES. The product line expands the interconnectability of a very common interconnect cable that’s pretty much everywhere.”