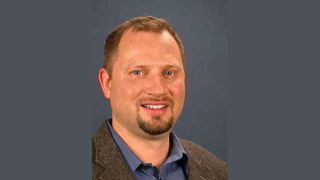 In a field that’s racing forward as fast as AV, who’s got time to look back? Turns out, not taking a moment to review the roots of the industry that converges audio, video, and control would be a big mistake. When SCN interviewed AV experts about the importance of the sector’s history, we uncovered a group with a long memory—a trait that crossfades neatly with an eye for the future.

TJ Adams of QSC traces the timeline of AV history to the 1870s.

For TJ Adams, senior director of product management, Installed Systems at QSC, the impulses that birthed modern AV can be traced way back to the 1870s. “AV didn’t really start in any one place or even any one industry,” he said. “It’s actually the very beginning of what we always talk about as convergence. You look at how all these various discrete technologies and inventors began, and it was all from curiosity and tinkering. The people who are attracted to our industry today, we’re still that kind of personality.”

Adams’ personal timeline starts with Alexander Graham Bell’s invention of the telephone and Thomas Alva Edison’s creation of modern recording technology with wax recording cylinders (both between 1876-1878). Next comes Gugliemo Marconi’s introduction of the first practical wireless telegraphy transmitters/receivers (1890s), a flurry of modern microphone innovations starting with E.C. Wente’s first condenser microphone in 1916, and the commercialized rollout of television in 1948. “These were all discrete technologies, and they didn’t really converge until much later,” Adams said. “Today, however, its components have converged again and again. And we see our industry at the beginning of yet another convergence…this time with IT.”

Others zoom in on entirely different eras as pivotal moments in AV’s origins. For Jack Gershfeld, president of AV manufacturer Altinex, the industry actually launched in the 1970s with the progenitor of Barco. “They were called, as I remember, Inflight Systems,” he said. “They provided video projectors to airlines, the big box on the middle of the aisle that many of us bumped our heads on. Then came the IBM PC in the early ’80s, and once projectors got married to computers, then boom—AV was born.

“A booming economy in the ’80s contributed to AV growth, and the existence of industry associations—ICIA specifically [the forerunner of InfoComm]—provided a place to congregate and display the latest and greatest technologies. But the most significant contributor was the evolution of personal computing. The PC evolved so fast, and every manufacturer tried to keep up with different standards as they emerged. The audio was well established, but the video was ever-changing: from CGA to VGA, to XVGA, to QVGA, to UXGA, to DVI, to Thunderbolt, to Display port, to HDMI—a whirlwind. Next, take changes in the software market, especially the introduction of PowerPoint by Microsoft in 1990 and changes in university curriculums that focused on group presentations, and we have a perfect storm of uncontrolled growth.”

Gershfeld singled out interfaces as the missing link that transformed AV into today’s juggernaut. “When I was at Conrac in 1981, I asked that we design computer interfaces that would connect PCs to a large-screen projector, and at that time the answer was ‘no’,” he said. “In reality, projectors were useless, beyond just watching TV, if there was no interface to connect them to the computer. The industry has evolved, and the industry of signal management—connecting any type of source to large-screen displays—is now conservatively over five billion dollars strong.”

According to David Schwartz, president of integrator Essential Communications, the forward progress of AV has long been tied to Moore’s law. “Without the computer industry, audio and HD video wouldn’t be what they are today,” he said. “Everything has been borne from computer chips being smaller, faster, and more powerful than ever before. There was an analog sunset in the late 1980s/early ’90s followed by a digital transformation that really accelerated into the late ’90s, which became everything from digital signal processing for audio to digital transport and distribution of video.”

The next wave from there? The ongoing virtualization of AV as its core moves from gear to virtual and cloud-driven, with the biggest influences coming perhaps not from experts at the top, but the mass market. “It used to be that manufacturers drove everything, but now it’s the other way around,” said Schwartz. “Consumers are driving the products, and, in consumer hands, you have to add in ‘less expensive’ to smaller, faster, and more powerful.”

Nonetheless, the influences of “old-skool” AV abound in current projects driven by the most discerning clients. Schwartz points to a recent upgrade Essential Communications performed on the sound system at New York City’s SoHo Grand hotel. “I’d say 70 to 80 percent of my projects are based around classic audio distribution, high-quality reproduction, and some basic control,” he said. “The Grand wanted a great-sounding system that fit various profiles: from classic music management during the day from on a Mac Mini, to DJs playing vinyl at night—a lot of different sonic signatures from playback. It’s challenging to design a loudspeaker system that can accurately reproduce all of that, and also look aesthetically pleasing.”

“But that’s where technology has become my friend,” Schwartz continued. “DSP has gotten increasingly smaller, faster, and more powerful. One rackspace can provide lots of input and outputs, and now with Dante and the ability to distribute over networks, you can walk into a facility and not necessarily be concerned by a 2,000-foot cable run. There almost isn’t anything anymore presenting a challenge that can’t be overcome.”

If anyone takes the long view on the importance of staying connected to AV’s origins, it’s Michael Pettersen, director of corporate history for Shure. “I’m always amused to go back and read articles from the 1930s and ’40s on fundamental aspects of loudspeakers and microphones—all of that science was laid out back then, and we keep forgetting it,” he laughed. “When I first got into this industry in the 1970s, I wasn’t interested in history because few young people are, and then, eventually, I wanted to know, ‘How did this stuff come about?’”

“I often go back and read the early concepts from AV’s forefathers, and most everything still applies today. I always find it amazing to make these archival finds and think, ‘They got it all. We’re just rediscovering it.’ As one of my colleagues said, ‘The ancients keep stealing our modern inventions.’”