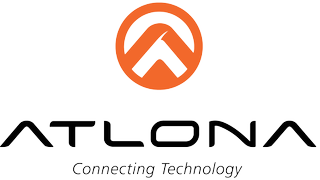 After spending the past year establishing its expertise in IP-based signal distribution with the OmniStream platform, Atlona is taking the next big step: IP-based control.

Under development for some 15 months and getting set for demonstrations at ISE, the Velocity Control Suite is a cloud-based platform for controlling, managing, monitoring, and analyzing Atlona and third-party devices in commercial applications.

According to Atlona’s director of product management, David Shamir, the decision to develop its own control platform was a calculated, but inspired move. “Control is an integral part of the whole mix; that’s basically what glues the whole system together,” he said. “And if you think about it, that’s the only interface that the end customer is actually working with. All the rest is under the hood. So we thought it was a strategic move for us to go after the control system, just to have a full-blown A-to-Z solution.”

But, Shamir said, Atlona wanted to create a system that would solve problems that other solutions haven’t addressed. After spending time analyzing systems and talking with dealers and integrators, the company found four key attributes to differentiate their system: ease of configuration, the ability to provide usage analytics, the ability to provide remote notifications and alarms, and redundancy.

“The biggest pain point for integrators is time,” Shamir said. “It takes a lot of time to do a control system.” One of the main reasons for this, he offered, is programming. “We wanted to build a system that doesn’t need any languages, because everyone gets drag and drop. Everyone understands graphical interfaces and icons. But not everyone understands C language or other computer languages to write code.

And since everything resides in the cloud, there is also the advantage of convenience. “You can build your system at Starbucks,” Shamir said. “And then, on your way to the site where things are being done, you go and you connect the gateway, which is another computer, and you tell the computer, ‘Hey, go to the cloud, to that URL, tell the cloud that you belong to me by giving you my credentials,’ and then, automatically, the computer grabs all of what you did back at Starbucks. And in the click of a mouse, you basically have yourself a system, all IP, that is ready to go.”

But, perhaps its biggest time-saving advantage is repeatability: “If you did the same project two weeks ago in some other location, you can copy and paste from one project to another with a click of a mouse, because you can see all the projects from one centralized location,” Shamir said.

In addition to ease of setup, Atlona felt it was important for the system to provide analytics, so administrators know how the system is being used—for example, two years after the initial installation, when it’s due for a refresh. “Now you have a better understanding of what’s going on in your network, for good and for bad,” Shamir said. “If you see that everyone is using DisplayPort, you probably need it. And if everyone is using it, you probably need more ports. Now you have a tool that allows you to understand how the system works, after you’ve bought it. Not before, what you think you need; now you know for sure what you need.”

In addition to analytics, the cloud-based nature of the system provides insight into system health and can send notifications and alarms if equipment goes offline. “Because control today, unlike control in the past days—the old-school kind of way—is not only clicking buttons and turning things on and off; those days are over,” Shamir said. “People are expecting more.”

One last component of the “more” that Velocity seeks to offer is safeguarding against the possibility of control system failure through its use of a redundant system. “One thing that is missing in this industry and would be very helpful—and IT guys dig it, understand what it is—is redundancy,” Shamir said. “We’ll make the system redundant, so if something happens to one processor, there’s a backup that can take over and continue. And these will synch together; databases will be shared.”

(At its ISE booth, Atlona will be demonstrating the ease of configuration and the security of its system redundancy by putting it through all manner of setbacks and changes, and reconfiguring it on the fly. According to Shamir, the entire booth can be returned to normal working order in roughly a minute, and the company will be inviting guests to time them in their demonstration.)

Overall, Shamir sees the Velocity platform serving as an alternative to the major, established commercial AV control brands, with a “refreshing, different approach” to building and running systems.

And one value that it can provide to integrators is a source of recurring revenue. According to Shamir, while the platform is sold as a one-off license, after which you own the system, its added benefits—analytics, notifications, and other services that allow users to know more about their systems—can be tools for generating recurring revenue, as long as the integrator or dealer has the know-how and back office capability to support it. “We allow that platform to be flexible enough to go either way. But we are not limiting or dictating one way or the other,” he said.

According to Shamir, Velocity is currently undergoing beta testing in select higher learning institutions, with enterprise client trials to follow soon. It is expected to be released in Q2, most likely by the beginning of April.