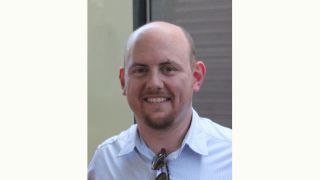 Overtime: Since joining AptoVision in January 2016, Kennington has led the company to learn new ways to manage video distribution.

SCN:What is your position, and what does it entail? What are your responsibilities?
Justin Kennington: I am the director of strategic and technical marketing. What that entails is responsibility for the product management and also the marketing and communications functions of the company. So my job is to get out there and evangelize this technology that AptoVision has, and the transition of this industry from matrix switch point-to-point technology approach to the new world of doing everything over off-the-shelf ethernet switches and IT networks.

The nice thing about what we’re trying to do here is that it’s frankly inevitable: the world always moves to ethernet once the technology is there and once the industry understands how to get hold of it. The speeds of ethernet that we need for moving high resolution video are there. So the last piece of the puzzle is making sure that the systems integrators, the AV consultants, the contractors, are all educated and capable of designing these new styles of video networks, then commissioning and managing them. Part of this job will involve a lot of education on that front, I think.

SCN: How has your background prepared you for this role?
JK: I came from Crestron last year, where I was in charge of the DigitalMedia product line, which was really the product line that drove the pro AV distribution industry from analog systems to digital. And the DigitalMedia system really was at the forefront of that revolution and drove it, and I like to think I had some hand in that.

So what we’re looking at now is a similar sort of transition in the way we think about video distribution and the way we manage it. And I think this transition to IP is even bigger and more meaningful than the transition to digital, but I hope the experience I had seeing this once before will be of use here.

SCN: What are your short- and long-term goals?
JK: The short-term goal is simple: just to make sure that systems integrators and product manufacturers know about AptoVision and drive our business. But the longer-term goals are to drive the complete convergence of AV and IT, which of course we’ve been hearing about for years, and it has been slowly happening. As various systems have moved to ethernet, audio distribution is now accomplished more and more via ethernet networks; the missing piece of that convergence puzzle has been moving video around ethernet and IP networks.

And I think we’re the last piece of that puzzle simply because video is such a high-bandwidth application that we needed the technology to catch up on the IT side—which is where the Ciscos and Aristas of the world come in—and on the AV side, where AptoVision comes in and provides the technology to translate between the AV and IT world. I think as we succeed, and get the message more and more out there, what we’ll see is the completion of that convergence of the AV and IT worlds.

SCN: How long do you think it will be until the AV/IT convergence is fully realized?
JK: Fully realized, I think will take something around the order of five years. But I think what we’re going to see over the next year or two is an extremely fast transition, where maybe today five or 10 percent of the market is doing video distribution over IP, I think within two years we’ll see 80 or 90 percent of the market. So we’re going to see a large shift extremely soon, and then the long tail of that will last three or more years until everything out there has been replaced and upgraded and ethernet just becomes the common, everyday way to do things.

SCN: What is the greatest challenge that you face?
JK: I think the greatest challenge is education. There are not a lot of integrator/consultant/contractors out in the world who have the knowledge base they need to do AV systems in an IT way. You find a lot of guys who have some expertise in one side or the other—whether they’re long-time experts in audiovisual technology, but they need to learn some things about ethernet networks—how to design, manage, and maintain them—or there are many companies that are very successful large IT integrators, but they may not know the first thing about AV, how to design a video system correctly, and how to manage content protection and resolutions and aspect ratios.

The challenge then is to find those integrators and contractors who are willing to take that next step and learn about the side of this puzzle they don’t know yet. And I think those are going to be the ones over the coming years that are the most successful. And honestly, I think those who refuse to learn—especially the AV guys who refuse to learn the IT side of things—are really going to fall by the wayside as more and more of everything we do is based around the IT network. For me, the challenge is how to make it easy for them to use these technologies, and how to educate them so that they can.

Kennington and his wife Kate on a recent trip to Africa.

SCN: Once convergence is the standard, where do you see AptoVision’s innovation heading to move things forward from there?
JK: The great thing about using a backbone like ethernet and IT networks, is that we the AV industry get to reap the benefits of the R&D done by the IT industry. There are companies there—Cisco, for example—that have R&D budgets the size of large pro AV manufacturers. So what we’re enabling is for the AV industry to sort of ride their coattails. To make that more concrete, the BlueRiver technology that AptoVision provides today is based around the idea of 10 Gbps ethernet networks, and taking advantage of that to transmit 4K video data without any compression, without any latency. But today, you can go and buy at the high end, 25-gig, 40-gig, even 100-gigabit ethernet switches and networking gear. Obviously, 100 gigabit is a specialty expensive data center type piece today, but the way price erosion happens in the IT space is incredible. So in five years, 25-, or 40-, or maybe even a 100-gigabit ethernet switch is an affordable option; perhaps, it becomes the commodity. And so what we can do, with our BlueRiver architecture, is easily take advantage of that speed.

For us, everything is architected to be open to increases in performance and speed on the ethernet side. So that means, as the video industry moves to higher resolutions and higher data rates—right now we’re going to see a quick acceptance of high dynamic range video, which means more bits per pixel—and of course over the coming years, we see 8K looming on the horizon, and that’s another quadrupling of the data rates. There’s really no feasible way for the traditional technologies, the point-to-point technologies like HDBaseT for example, to be able to keep up with that kind of data rate expansion over time.

Whereas, ethernet, because we’re relying on companies like Cisco and Arista rather than companies in our space, has a much better shot at keeping up with that. So for us at AptoVision, the goal is to keep an eye on the latest trends in high resolution video—obviously 8K, high dynamic range—and being able to support those things, while riding the wave of faster and faster ethernet to give us the infrastructure we need.

SCN: Besides learning the IT side, how can systems contractors best position themselves to profit from AptoVision’s products?
JK: Yes, they need to learn about the IT side; they need to learn how to think about and design ethernet networks. But then they need to observe how these new types of systems can let them offer their customers, the end users, a much better performance per dollar. And that’s because of the performance of ethernet. Instead of having to buy a large matrix switch with X number of inputs and X number of outputs, you buy an ethernet switch with Z number of ports. And each one of those can be used as an input or an output. You can stack ethernet switches, so if you run out of ports and you need to expand the system after the fact, you can buy a second ethernet switch, stack it onto the first, and expand that IO count very easily.