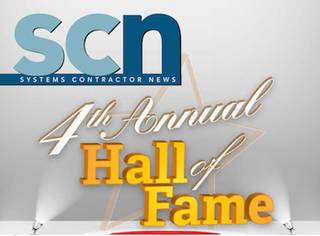 Woody Guthrie’s daughter once slammed the door in the face of a young Bob Dylan—twice, before her brother Arlo came out and took note of his guitar. Rock history would be vastly different if it wasn’t for that third knock.

Allen Toussaint was inspired to write the seminal “Southern Nights” after a Scandinavian composer that used to frequent New Orleans advised him to think about if he were to die the next week.

In Nashville, Willie Nelson began his musical career clean-shaven and shorthaired, but it wasn’t until his return to native Texas that the country folk icon came into his own, iconic tresses, beard and rebel attitude to boot.

These vignettes of rock history are just a few of many priceless personal tidbits shared hopping between historic music studios in eight U.S. cities, as shared in HBO’s documentary series Sonic Highways. It’s these oft-unheard stories behind the music that have influenced the musicians that reach into our souls.

The show explores these cities, studios and their cultures through the eyes of the Foo Fighters as they record their eighth album, one song written in each city as they interview a who’s who roster of influential music industry figures of the 20th Century. While the album, ironically, doesn’t produce anything musically groundbreaking, the artistic process and the histories chronicled are bursting with color and untold narratives. These fleeting moments serve as reminder to the little details that carve a trail to alter the course of history and change our lives.

The rock stars of the AV industry have their own vignettes that mark their paths as well.

From designing oil pipelines and later applying that concept to the way air moves through a loudspeaker, skipping school to run sound at conferences, and visiting operating rooms to talk with surgeons about their technology issues, these are some of the stops this year’s AV integrator and consultant Hall of Fame inductees made along the way to leave their mark on our industry.

This year, SCN has expanded the Hall of Fame to recognize the inventors that lay the technological bricks for the installations making lives easier and enhancing entertainment today.

For the fourth year, please join us in honoring these six industry trailblazers and nine inventors. Relish in their stories of third knocks.