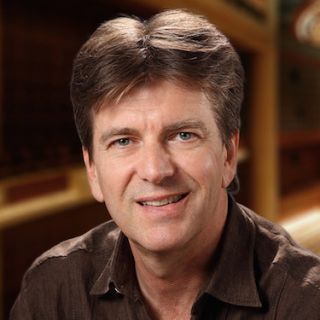 “Technology hasn’t been what has driven me, so much as trying to make a difference in the world.”

These user experiences and creating solutions for them isn’t simply the latest buzzword for Craig Janssen—it has always defined work for him. Making a difference comes in the form of the connections people have at the venues his firm, idibri, designs, from houses of worships to performance spaces and sports arenas. “The technology is a tool to get there,” he added.

A mechanical engineer by degree, Janssen’s early experience involved working in an oil refinery, designing pipelines and hydraulic systems. “It was a soulless activity for me,” he recalled.

His extracurricular activities, playing in bands, are what led him to AV.

Although not an enduring career track, the discipline of engineering work was something Janssen found helpful in AV. His understanding of how fluid flowed through systems helped him understand the behavior of air through loudspeakers, leading to a patent in beam steering. Companies like JBL and EAW used the technology for some time. He also holds a patent for computer based multi-phase construction planning, which predicts people, space, time and money many years in advance with great accuracy.

Janssen credits his early success to a few high profile projects and support from Don and Carolyn Davis. He described the SynAudCon founders as “incredibly important to what I did in the early years. I had no money. They looked after me, and let me attend several workshops at a substantially reduced price. That made a huge difference to what I was able to do later on. They were incredibly supportive of a young guy that didn’t speak with an American accent, and I’ve always appreciated it greatly.”

Janssen has done his part to give back to others in the industry. After four years serving as secretary treasurer of InfoComm’s board of directors, Janssen is president-elect for 2015. He also serves on the board for the Global Design Alliance, a group of architecture/engineering and construction firms developing better ways of doing business in a changing industry.

Cathy Hutchison, director of marketing at idibri, has worked with Janssen for 18 years, over the course of which he has taught her most about the culture of innovation. “Many years ago, when an employee made a mistake on a project, Craig called us all together in the conference room, explained the problem and asked us all to roll up our sleeves and figure out how to fix it,” she said. “Interestingly, he never identified the consultant who made the mistake. He was completely solution-oriented. As it turns out, mistakes don’t have to stay mistakes. In most cases, when you put the best minds on them, you can come up with a solution. It was a profound learning experience for me about developing a culture of innovation. Innovation doesn't happen in a world where people aren't allowed to make mistakes.”

See All the 2015 SCN Hall of Fame Inductees Here.