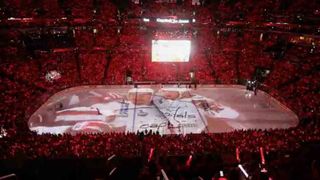 Christie and Quince Imaging are gold sponsors and participants at the 36th annual IDEA Conference, which is being held July 15-18 at the Westin Indianapolis hotel in Indianapolis, Indiana. Working with its partner, Quince Imaging, Christie will showcase its newest visual display hardware and software solutions.

Founded in 1983, the Information Display and Entertainment Association has been a professional association for members of the game operations industry for over 30 years and attendees are involved in the management and/or production of event presentation at the major league, minor league, or collegiate level.

“Christie is looking forward to its partnership with Quince Imaging at the IDEA conference next week,” said Mark Ouwerkerk, director, events and staging, Americas, enterprise events, Christie. “The two companies have collaborated on numerous projection mapping projects including Capital One Arena, which the Washington Wizards and Stanley Cup champion Washington Capitals call home, as well as both the University of Florida’s O’Connell Center, and the Quicken Loans Arena — home to the Cleveland Cavaliers.”

In addition to sponsoring IDEA, subject matter experts on Quince Imaging’s creative systems integration will also be speaking and showcasing interactive displays in the exhibitor hall throughout the duration of the event.