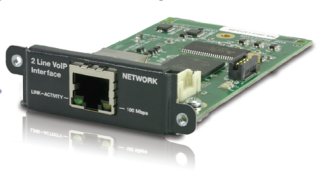 SCN: Why does Symetrix feel that multi-manufacturer interoperability is important, and what are the benefits to integrators?
Trent Wagner: Put simply, it saves the integrator time and money. With fewer pieces of software involved, there is less to learn, less to keep updated, and less to troubleshoot. This results in a more straightforward and simplified workflow, which reduces expenditure on labor (time on jobs, pre-job training etc.) and offers command and control benefits across the interoperable products. Especially as we continue to move into a networked AV world, products that can sit together on a network and ‘play nice’ alongside companions from other manufacturers deliver a wealth of savings and obviously give added functionality to a system.

SCN: SymNet Composer 3.0 is described as an ‘open-architecture design software.’ For those readers who haven’t used the program before, what is it for and what does it actually do?
TW: Open architecture DSPs are a ‘blank slate’. That is, their configurations are entirely up to the integrator. He or she has full reign over the signal flow, processing used and control definitions—nothing is pre-configured or dictated by the manufacturer. Thus, the system can be perfectly tailored to the application at hand. SymNet Composer is the software used to configure our SymNet DSPs and allows an integrator to create processing systems that suit their installation, choosing the correct DSP ‘building blocks’ and tools to meet their needs.

SCN: ISE 2014 saw the launch of version 2.0 of your software, which offered integration with Attero Tech and Stewart Audio products. What was the response to that, and how did it help you to shape version 3.0?
TW: The response was overwhelmingly positive as SymNet Composer 2.0 was the first endeavor to deliver multi-manufacturer interoperability in our industry using Dante. We received plenty of appreciation from integrators who realized the time and cost benefits of Composer 2.0, and so after integrating the remote I/O and endpoint products from Attero Tech and Stewart Audio, integrating microphones (those from Shure and Audio-Technica) was an obvious progression, as nearly all systems need some number of them.

TW: SymNet Radius 12x8 EX builds upon one of the most popular I/O formats, 12 inputs and eight outputs, found on the Radius 12x8 and enhances it with an option card slot. This slot accepts any of the standard SymNet I/O cards available including analog, digital, telephony and acoustic echo canceling interfaces. It allows the integrator some level of customization and future expansion to meet the precise needs of the application at hand. It can expand EX’s local I/O capacity to a total of 24 in a single rack space accommodating the I/O formats of 16x8 and 12x12, which are rapidly gaining in popularity, while maintaining a new level of flexibility.

The SymNet 2 Line VoIP Interface Card is an Asterisk- and Cisco-compatible telephony interface for SymNet DSPs that natively integrates with SIP-based call platforms and unified communications environments. It features full call management functions on two independent lines (registrations) each having two unique call appearances to provide up to five-way conferencing without the use of a bridge. It also has the unique ability of being able to be configured from either the AV or VoIP networks with an intuitive web-based administration interface. The VoIP card is suited for a variety of conferencing, paging, remote monitoring and broadcast applications.

SCN: What is Audio-Technica’s opinion on the value of networked audio, and why has it collaborated with Symetrix on the new software?
Gary Dixon: Symetrix and Audio-Technica offer many complementary products, and the two companies collaborating together provide our common AV Integrators the best technology possible. As networked audio is refined and implemented in new designs, the value of it continues to grow. Every day we learn of new ways networked audio is being implemented. Each implementation seems to overcome something that was not possible in the analog world, from audio quality to the end user experience and even lowering the total cost of the system.

SCN: Do networked microphones benefit integrators and end-users over non-networked versions? If so, how?
GD: Networked microphones have many benefits depending on the application. The one benefit of networked audio direct from the microphone is that the signal can be easily split and routed hundreds of times without signal degradation and additional distribution equipment. Another benefit is control. Traditional analog controls require additional conductors at each microphone and additional logic I/O at the processing point. In networked audio, one category cable carries all the audio, control data and power, and this minimizes the physical setup and reduces wiring errors on the jobsite. The system can be designed and tested in a virtual environment, reducing the overall time required to setup and commission a system.

SCN: How does the ATND971’s switch allow it to, according to your product literature, “communicate with –and control –other Dante-enabled devices?”
GD: The user switch on the ATND series is a trigger for other Dante-enabled devices. Think of it as the first domino in a Rube Goldberg Machine. That trigger may be setup to mute all the microphones and end the phone call, or linked to open a trap door under an unwanted salesman. This makes the ATND series more than a microphone, it is a user interface for the AV system.

SCN: Why did Shure partner with Symetrix to achieve native integration of Microflex Wireless in SymNet Composer 3.0?
Chad Wiggins: The two companies spoke at ISE 2014 about opportunities afforded by our mutual Dante integration and we found that we share the philosophy of enhancing the user experience through control interoperability as well as audio. We decided that both companies' award winning line of products would benefit from each other through this integration.

SCN: What made you choose Microflex Wireless over others (e.g. ULX-D) as your first product line to bring into the SymNet fold?
CW: Symetrix provides a great conference room solution with their SymNet Radius 12x8/EX and SymNet Edge line of DSP processors and we quickly concluded they were a great match for our Microflex Wireless microphone system, which excels in that application environment. The interoperability of these two products gives our integrators another tool in their belt to easily design very powerful, flexible and feature rich audio systems.