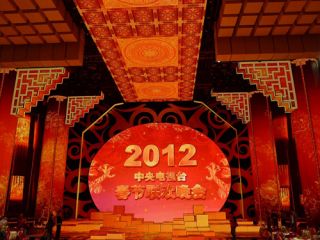 “Barco has worked with CCTV's choreography design team for 10 years, and we're very pleased that CCTV has been rated among the best in terms of visual application all this time. Barco continues to contribute to creative display, launching new products and applications to meet local demands,” Tang Feng, Barco's Managing Director Sales & Service and VP Sales Entertainment for Greater China, commented. “Barco's display technology has become the first choice of more and more designers. The 3D countdown activity for New Year's Day 2012 in Beijing's Temple of Heaven was realized by Barco's projectors. As a result, various applications are bound to inspire the market to diversify, and this will be the market trend in the future as well.”