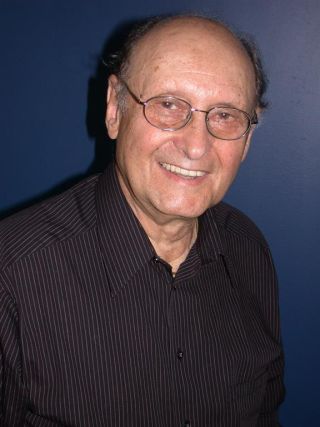 At the 135th Audio Engineering Society Convention (Thursday, October 17, through Sunday, October 20, 2013, at the Javits Center in New York City), the annual Historical Events lecture series will help illuminate the past, present and future of the craft of audio engineering.

AES Convention Historical Events Chair Harry Hirsch.
AES Convention Historical Events Chair, Harry Hirsch, a veteran of 50-plus years as musician, engineer, producer, studio owner and studio designer, has assembled a collection of presentations. These range from “The Art of Recording The Big Band, Revisited” to a look deep into the restoration and remastering of the classic Peggy Lee and Nelson Riddle LP Jump for Joy and more.

Hirsch, who has guided the AES Convention’s Historical Events series numerous times in the past, worked closely with AES Historical Committee Co-Chair Bill Wray and Technical Advisor John Chester on these new presentations, just as he has collaborated with them for years on the highly successful “AES Oral History Project.” Each presentation will reveal intricacies and nuances of key events and technologies from pro audio’s past, and in one case will offer a chance to see a decades-old riddle finally solved: as part of “Restoring Peggy Lee’s Capitol Records Album Jump for Joy,” presenter Alan Silverman of Arf! Mastering and the NYU Steinhardt Dept. of Music Technology will examine the answer to a mystery uncovered during the restoration and remaster of the 1959 release, which was one of the first records released by Capitol as a stereo LP.

Additionally, one particular presentation will honor the recently departed. On Friday, October 18 at 1 p.m., Ioan Allen, an Academy Award-winning cinema sound pioneer and 44-year veteran at Dolby Laboratories, will present “A Tribute to Ray Dolby.” Allen will review the singular achievements of Dolby, who passed away earlier this year at the age of 80, as well as his recollections of working closely with Dolby during his lengthy career at the company.

“The historical presentations at the 135th Audio Engineering Society Convention will continue the organization’s long-time mission of keeping alive the story of how audio technology and techniques have evolved,” said AES Historical Committee Co-Chair Bill Wray. “Harry Hirsch has done what he has always done: assembled a diverse and interesting array of presentations that cover many aspects of audio production in history. We are also extremely fortunate to have on hand Ioan Allen, who has received the Samuel L. Warner Award for contributions to motion picture sound, among other awards. Audio history has always been an intrinsic element of AES Convention programs, and the lessons of the past remain integral components of pro audio's ongoing evolution.”