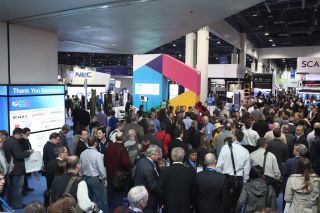 While additional specifics will be forthcoming, show management has confirmed that new benchmarks established include:

Chris Gibbs, President of Exponation, LLC, which produces Digital Signage Expo said, “Not only was the show a success by all quantitative measures, but the quality and number of end-users who attended helped create a positive energy that kept the show floor humming right up to the ‘closing bell’ on Thursday.” He added, “Attendees were working the show floor harder and longer over the two-day event, which confirms the fact that attendees come to DSE to find the information they need.”