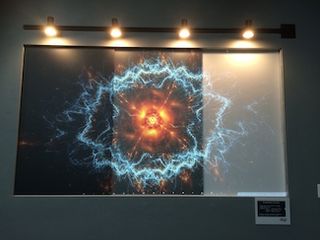 The What: dnp will show its lineup of eight different ambient light rejecting (ALR) projection screens at its InfoComm booth, N521.

dnp’s Supernova series is designed to offer improved contrast, clarity, vivid color reproduction, and a wide viewing cone while rejecting ambient light from above and below, resulting in superior image quality with exceptional black levels and brightness over typical diffusion materials. In a real-world environment, controlled lighting isn’t always an option and image quality using the wrong screen technology suffers because of that. dnp will display its 08-85 and 23-23 ALR screen materials during a daily shootout against a traditional matte white diffusion screen. Its seven-layer makeup rejects light from above and below while only refracting back light from the projector.