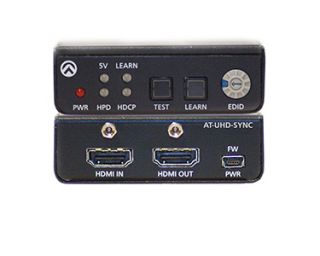 The UHD-SYNC can also regenerate the signal from an HDMI 1.2 source, typically a cable set-top box, enabling it to be used with components and