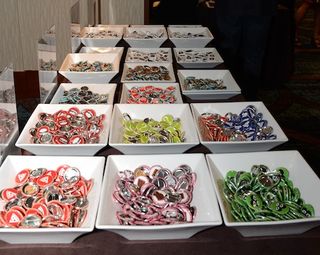 Checking in to the Hyatt in downtown Greenville, South Carolina last week, I met a fellow Synnex National Conference attendee in the elevator. I smiled and said hello and then noticed that he had a whole smattering of eye-catching buttons affixed all around his name badge and lanyard pocket.