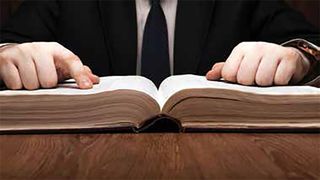 The communications gap between AV and IT isn’t what it once was, with the evolution of AV technology naturally leading to a shared understanding of systems that coexist on a network. Now the biggest source of trouble between the two factions is centered on security issues, and even that stems from mutual concern about preventing disaster.

As a result, a new hybrid AV/IT integrator model has emerged, and we caught up with one of them to get some perspective on technology terms that sometimes have different meanings within the realms of AV and IT. Gregg Heimer, formerly a senior network engineer at a community college, has launched Ironman Consulting, a Pottstown, PA-based firm specializing in managed services, data centers, and IT infrastructure maintenance. But Ironman also handles AV implementation in the education market. So Heimer can see both sides of the equation when he defines the terms we threw at him:

Video over IP: Any video-based media that is encapsulated in an IP format and can be used in a switched network environment. We have transitioned to a time where we expect every IP-enabled device to be intelligent enough to display video. Videoconferencing, chat clients, home automation, doorbells, and VoIP phones, the list goes on and on. Even low-end phone systems now have WebRTC capabilities extending video from phones to webpages. It’s a mobile world, if a video-enabled technology does not support mobility, customers will tend not to adopt the technology.

Scalability: Being scalable in AV, from my viewpoint, is adopting and investing in a technology that has future options. As the base of their technology grows, how compatible can it be in their environment while assessing the growth of the technology environment. Implementing a distributed audio system that works in one room is not scalable, but if the technology supports a centralized touch point with the potential to control all devices under one umbrella, then the technology is scalable.

Centralized Monitoring: Having the ability to use one pane of glass to monitor and maintain the environment. These systems often have a form of Heads Up Display (HUD) that allows active monitoring through one system rather than jumping between programs. Centralized monitoring has come a long way through the use of on-board network controllers baked into many AV systems and devices.

Local Area Network: I think LAN is defined differently as it is seen through the eyes of an AV engineer. AV engineers tend to see “Local Area Network” and think of connecting a device to the “network,” or many just say “internet.” Network engineers see a Local Area Network as being one broadcast domain that lives in a separate VLAN. A network engineer would break apart the network and create a separate network/VLAN for just the AV equipment, so they can all talk together. Being from both worlds, I know that many AV devices prefer to be on the same LAN and don’t typically play well when they are separated by routed boundaries.

Just having this knowledge gives the network engineer the upper hand when troubleshooting network connectivity for AV devices. A majority of AV devices use broadcasts to communicate with one another. Integrating AV devices in a complex network requires knowledge of routed boundaries that block broadcasts that would require specific directed broadcast configurations to be made.