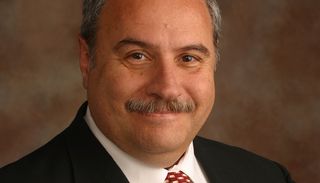 Awards and their inherent compliments have a place, but for Mario Maltese, the thrill is in the job itself. And after all these years, the thrill is definitely not gone.

“Certainly I’m very flattered by this honor, but I believe that as a leader, if I’m doing my job right, the people who follow me can claim full credit,” he said. “That means I did my job well and that others will be inspired to take ownership of what I am urging them to do, and forget where they heard it. To the AV user, it matters little who facilitated this.”

Like others in a select club of industry vanguards, Maltese has earned the right to rest on his laurels, but why would he? Trainer, advisor, teacher, author, and self-admitted connoisseur of corny jokes, his name is immediately recognizable as the executive director of the non-profit AQAV (Association for Quality in Audio Visual Technology), which is dedicated to furthering the industry by defining standards and providing training and audits.

He considers SynAudCon founder Don Davis a mentor. “Don’s enthusiasm for sharing knowledge is infectious,” he said. “I feel that Pat and Brenda [current SynAudCon owners Pat and Brenda Brown] drank the same Kool-Aid as I did. We all want to share knowledge for the benefit of all in this industry. AQAV is all about the synergy in the same manner SynAudCon was, and is to this day, because of Pat and Brenda.”

Lest we forget, Maltese, a consummate New Yorker and electrophysics graduate of Stevens Institute, was bitten hard by the AV contracting bug just before he went on to pursue his microwave engineering degree from Pratt Institute. AV contracting, he said, in typically succinct style, “was a lot of fun.”

In 1978 Maltese co-founded TSI, which went on to become the largest AV systems house in the New York metropolitan area. And he is the CEO of AVR, which he co-founded with two partners in 2001. AVR (Audio Visual Resources) provides third-party AV commissioning based on the AV 9000 Quality Management System. The company, ISO 9000 Certified, offers design/build AV integration, testing, verification, maintenance, repair, and installation of some of the nation’s premier audiovisual networks.

“From my perspective as an integrator, I see more fusion in the industry,” he said. “That’s what’s going on now: we’re widening into other industries such as building automation, fire and safety, and meeting rooms. It’s IT converging with everybody, and it’s all thanks to data communication between devices, and this will go on.”

This means the integrator needs to think “teams,” not just individuals with CTS-I or CTS-D, but all that, plus. And everyone has to work together as team, he said.

“Everybody feels this, but not everyone is really seeing the problem. They have to be focused and all together on what’s needed, and that, in turn, brings the necessity for a common language so we don’t lose track of what the customer wanted. It involves quality management to set up checklists, to define milestones so you are in compliance, and ways to verify what’s just been worked on. It will get even more crazy with the fusion of IT and broadcast and cabling companies coming in, and it adds to the entropy.”

Maltese believes that quality is evidence based. To wit, he follows the late Carl Sagan’s trajectory of science as philosophy, looking at the evidence. “When he discussed global warming, he was talking about bringing the science of it directly to the public, which is what I try to do. You can’t speak in equations.”

There is a common practice that highlights quality issues in many systems, he cautions against. “When I hear that a system has been delivered with a ‘punch list,’ a list of defects, I point to it as the Prince of Darkness. These cost the AV integration business billions of dollars. When a punch list becomes as rare as a punch list for a brand new car—well, that’s my career goal, to see that.”

Yet, he remains optimistic. “What we do is a noble cause. We use our skills and creativity so that AV technology helps people share images, hear words, and meet one another. That has nobility to it. Any team that creates or protects growth can benefit from this, and if we work well, we then serve a rewarding trade.”

He may deal on the technical side, but his focus is on human services. “It’s about the people who put the systems in; that’s where the language comes from. That’s where my vernacular comes from.

“In getting my goals accomplished I’m not doing it for recognition. Most of the time it’s not appreciated, nor should you or I expect it to be, because that’s not what we’re really going for. The collective goal should be to improve the industry quality with all its ramifications. I know if I do it right, nobody will recognize it.”