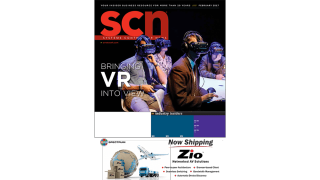 —Multi-platinum-selling, Grammy Award-winning band Switchfoot recently wrapped up its 10-week Looking for America Tour with Grammy-nominated alt-rockers Relient K co-headlining all 51 shows. Ryan Nichols, a 27-year veteran of the industry who has been with the band for the past 14 years as FOH engineer and production manager, took the opportunity on select dates to help roll out Bose Professional's new ShowMatch DeltaQ array loudspeaker system, which was previewed at InfoComm 2016.

—Population booms, politics, and the client's desire for a true global partner are a few of the factors influencing the industry outlook for 2017. From sea to shining sea, we took the pulse of integrators from the Pacific Northwest through the Heartland, and along the Eastern Seaboard to assess what happened in 2016 and to get a glimpse of what's in store for us this year.

—You would have to have been hiding under the proverbial rock to have missed the fact that virtual reality is becoming a big deal. And augmented reality? That could potentially be bigger, as evidenced by the recent Pokémon Go phenomenon. But what do VR and AR have to with AV?

—They're everywhere! Or at least, everybody seems to want one, or a few, or a lot. But huddle rooms, by definition, are pretty low-key when it comes to technology. How do AV integration firms make these projects profitable?